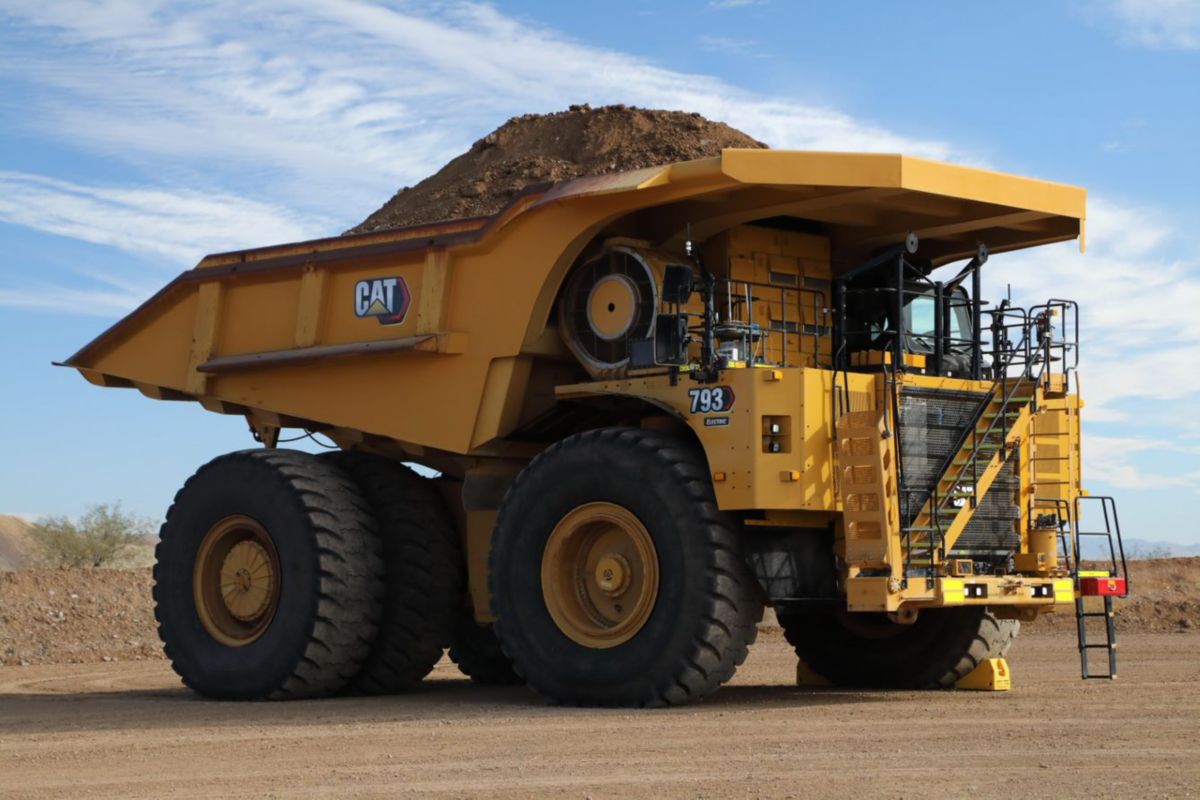 The Caterpillar 793 Electric is still a prototype, but an important one, as mining companies are accelerating their decarbonization targets /Caterpillar

It’s called the Caterpillar 793 Electric. The American construction equipment behemoth showcased its prototype of a zero-emission mining truck at its proving ground in Arizona. The test area is also being transformed into a sustainable project to inspire mining companies in their decarbonization goals globally.

Without providing exact specifications, Caterpillar showcased the prototype of its zero-emission dump truck as part of an Early Learners program. This program’s participants can learn how to accelerate their decarbonization goals from Caterpillar.

For their eyes, the 793 Electric performed trial runs with a whole load of soil in its cargo bin. First, the battery-powered truck did a seven-kilometer course on which it reached a top speed of 60 km/hour and climbed a grade of 10% at 12 km/hour.

On a downhill section, Caterpillar showed how the earth-mover recuperates energy, feeding it back to the cell pack. With combustion-engined dump trucks, this energy would be lost in heat. Proudly, the brand showed how enough range was left to complete additional cycles.

Unfortunately, Caterpillar did not communicate how many running hours it takes before the truck needs to recharge nor how long it takes to reach a refill of 80%. This is of particular interest to companies for cutting downtime, which is almost no issue with fuel cells on hydrogen.

President of Caterpillars mining equipment subsidiary Resource Industries Denise Johnson said: “This demonstration is a significant milestone, and we are excited for these trucks to get to work at customers’ sites around the world in the near future.”

The Arizona site where the 793 Electric performed its tricks is transformed into a sustainable mine site for the future. It has been upgraded with expanded energy storage systems, green hydrogen production, energy supply from solar and wind, and natural gas – the latter regarded as an intermediate step for mining activities.

Equipment companies are looking at several solutions to decarbonize the heavy-polluting mining sector. The technological pathways mimic those of the car industry. Half a year ago, Anglo-American Mining presented an earth-mover running on green hydrogen by a fuel cell.

Mining companies have been adopting alternatives for their diesel-powered fleets already for decades, mainly betting on trolley systems. In that case, the fully loaded diesel truck switches to electric propulsion provided by an overhead trolley line system connected to a pantograph on the vehicle’s roof, just like a city tram.

Especially on the energy-intensive trajectory upward from the mine pit, trolley lines are deployed as a fuel-saving solution. However, the operational costs are high, and it’s not entirely emission-free like running earth movers on green hydrogen or electricity from renewables.