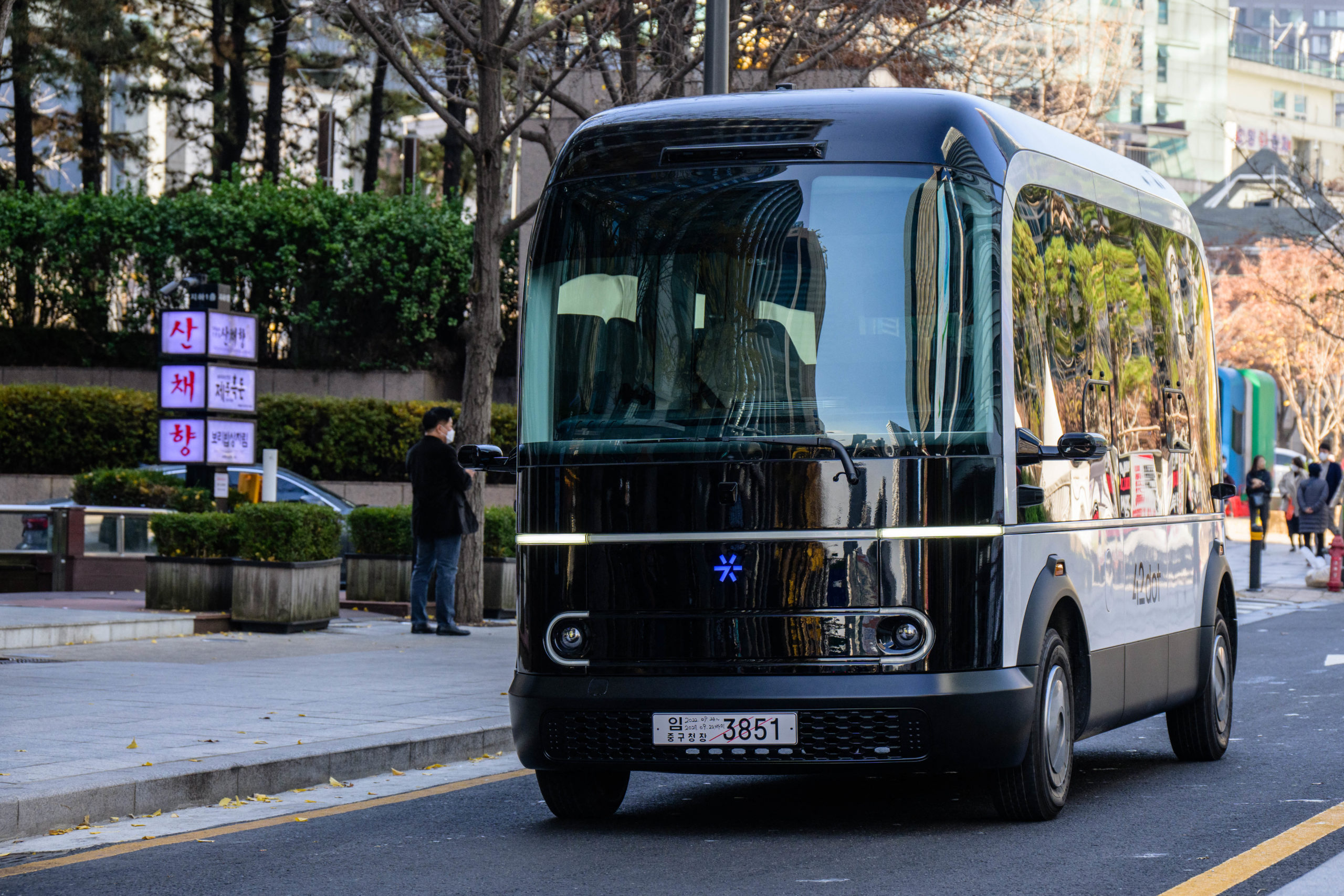 As of last Friday, Seoul’s citizens can ride in an autonomous driving bus. The first self-driving shuttle was inaugurated and must help people take the threshold and build faith in the technology. The bus runs a 3,4-kilometer-long loop through South Korea’s capital, which lasts around 20 minutes.

Travelers can embark on one of the two stops and need to book their ride in advance via an app. The design of the people carrier is quite cuddly, with rounded forms mimicking some large toy. The panels are made of composite materials.

Also, the looks have been conceived to accelerate trust in the robotized technology and make people feel more comfortable. “I have the feeling that I’ve boarded a time travel machine,” said one of the first passengers Kim-Yi he-ran.

Calling it ‘driverless’ is stretching it. A governing driver still rides along to secure safety and monitor the behavior of the bus. In any emergency, he is capable of intervening. Interestingly, autonomous technology isn’t based on expensive but accurate lidar sensors.

Instead, it uses a camera and radar, which is pretty much Tesla’s setup. 42 dot says that the experiment isn’t just about verifying and conveying safety and implementing it at a manageable cost.

Beginning of the month, 42 dot announced that it had raised an additional $88,5 million of funding to increase the development and implementation of its AI-based technology. The start-up was founded in 2019 by Chang-Hyeon Song, who also holds the position of head of a transportation-as-a-service team at Hyundai. The carmaker is also an investor, together with other large Korean firms like LG electronics and SK Telecom.

Crashing in the bushes

Chang’s vision is that “in the future, cities will be operated under a federated fully autonomous, self-managing, self-healing logistics and transportation infrastructure. The new infrastructure will provide a much more optical and cost-effective way to move people and goods.”

In Belgium, the city of Mechelen has a self-driving shuttle on public roads, covering a loop of 2,5 kilometers. A steward is on board for safety reasons. A similar project on public grounds in Hasselt was ill-fated and abandoned after three weeks of service. The shuttle proved unreliable and crashed in some bushes after it failed to detect a pedestrian, and the backup person needed to intervene.