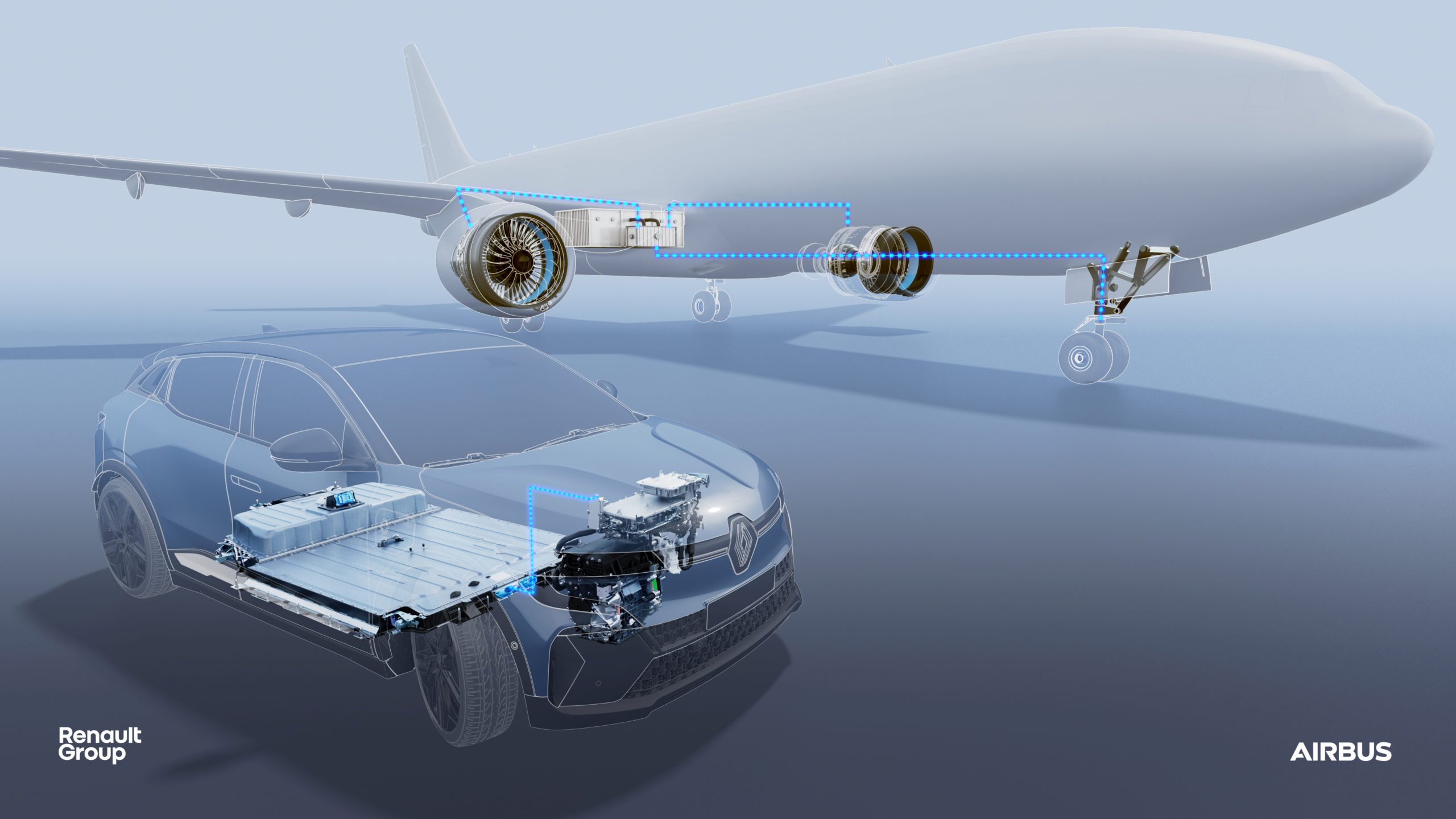 Both the aviation industry as future car models can benefit from jointly developed battery technology, according to Airbus and Renault /Renault

In an unusual partnership, French carmaker Renault and airplane builder Airbus have announced a partnership to develop innovative battery technology. Apart from reducing the weight of the battery packs and looking at solutions for energy management, both companies will cooperate on solid-state development.

Instead of joining forces with another carmaker, Renault has chosen one of the big aviation manufacturers to accelerate innovations in battery technology. But as planes need to decarbonize their emissions, companies like Airbus also show a keen interest in battery technology, next to electric fuels and hydrogen-based solutions.

The airplane builder from Toulouse already agreed with Finnish Neste to produce sustainable fuels from waste, among others.

The collaboration with Renault will focus on lightweight battery packs, which Airbus intends to use in hybrid planes. The benefit for the car models is that shedding those pounds leads to less consumption and more range.

Both companies hope to reach results faster and mature the technology as they join forces. One of the cardinal technologies they will be addressing is solid-state batteries, which can double the energy density for the same size as lithium-ions.

“Aviation is an extremely demanding field in terms of both safety and energy consumption, and so is the car industry,” said Gilles Le Borgne, EVP, Engineering, Renault Group. “Driven by the same ambition to innovate and reduce the carbon footprint, our engineering teams are exchanging with those of Airbus to converge transversal technologies that will enable both hybrid aircraft to be operated and the vehicles of tomorrow to be developed.”

Solid-state batteries are regarded as the holy grail to take battery-powered transportation to the next level. More fire-resistant, higher-density cells and a more compact package can bring significant benefits for use in cars and planes.

Several car manufacturers are developing solid-state batteries or joined partnerships to speed up the technology. However, mostly with tech start-ups instead of industrial partners like Renault and Airbus.

For example, Volkswagen and Porsche have invested in QuantumScape, BMW in SolidPower, and Toyota is developing it in-house. Pilot productions have already started, but the big challenge is to scale up the manufacturing, which is less easy for solid-state technology.

Not within ten years

Therefore, some players have warned about too-optimistic scenarios. Earlier this month, Doron Myersdorf, CEO of the valued Israelian start-up Storedot said: “Right now, despite some of the bullish claims by our rivals, all-solid-state batteries are still at least ten years away. So they are certainly no silver bullet for any vehicle maker currently developing fast-charging electric architectures.”

Semi-solid batteries, which are easier to produce at high rates, are proposed as a solution for the medium term.