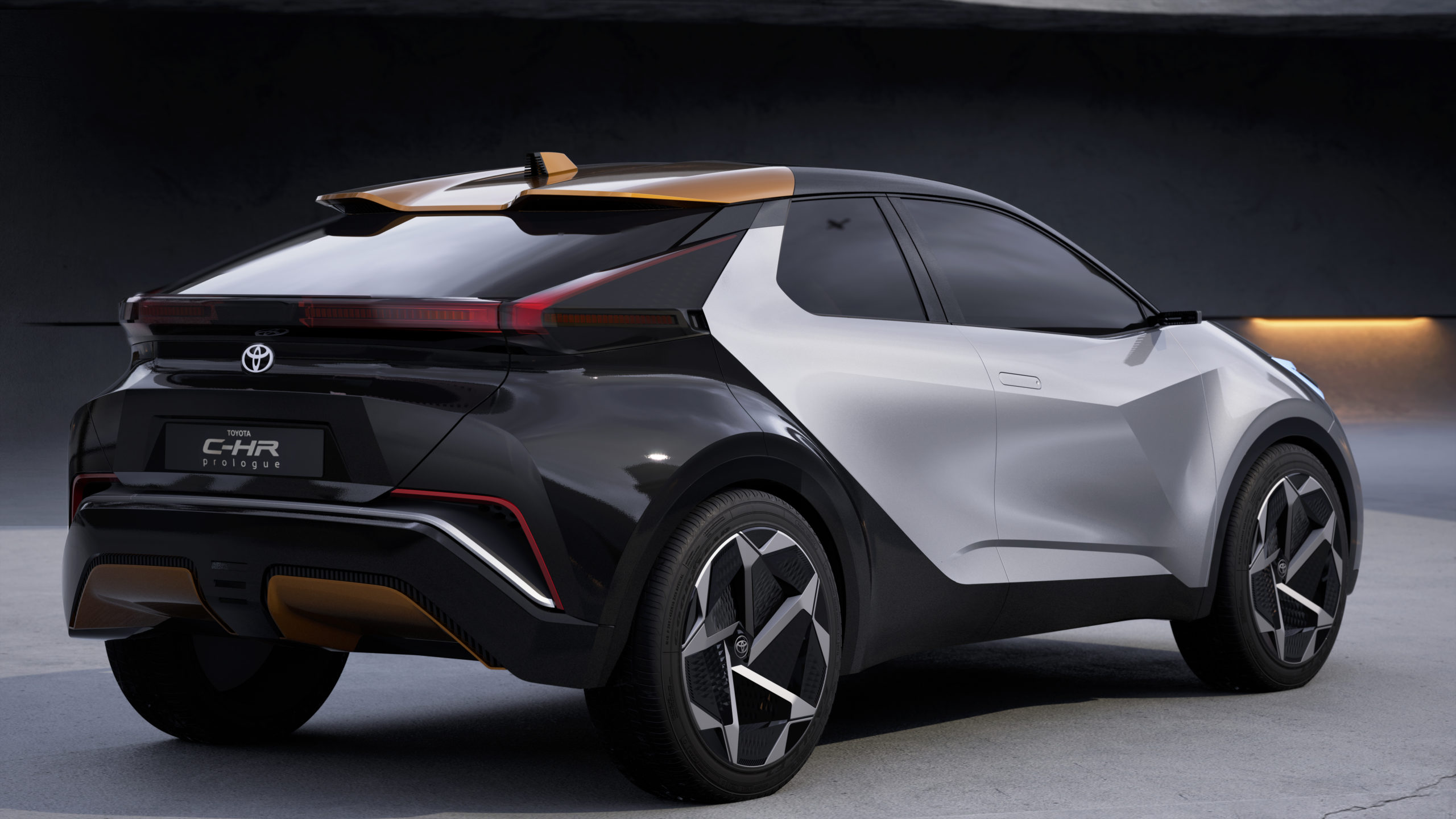 The new CH-R won’t come as an an all-electric but sticks to hybrid powertrain including a plug-in as a first. /Toyota

Toyota showcased a design study for its new CH-R, making the current looks even bolder. Luxury brand Lexus has released more details on its rival for the Tesla Roadster, the Electric Sport, which will be mated to a manual gearbox despite its battery-powered propulsion.

Together with the European premiere of the all-electric Toyota bZ Compact SUV Concept, both concepts were presented at the yearly Kenshiki event, a media forum that updates on the company’s progression.

Toyota’s European president Matt Harrison also said that five new BEVs would be launched in Europe before 2026. One year earlier, sales of one out of ten Toyota’s are projected to be a BEV.

At the top of its electrification pyramid, Lexus already earlier this year unveiled that it is pursuing a halo sports car. It’s called Electrified Sport – we’re not sure if this will be abbreviated to ES, which could stir some confusion over the sedan in the current line-up.

Of the few things Lexus wanted to confirm is that the sweepingly styled coupé will be able to accelerate from 0-100 km/hour in less than two seconds. In addition, the overall lines of the car are heavily influenced by work in the wind tunnel.

There are no details yet on a launch date, nor the battery pack (though Lexus admits it is looking into solid-state technology) or the power output that must bring that blistering acceleration to the real world. But interestingly, the car will feature a software-based manual transmission with different mappings to mimic the driving pleasure of sports cars with a combustion engine.

This doesn’t come as a complete surprise since it’s known that Toyota patented a method to simulate clutch pressure and shift reaction force in electric vehicles. Other brands like Tesla, Porsche, and Ford follow a similar path.

To improve dynamics, the Electrified Sport will also feature DIRECT4, which levels the torque between front and rear to optimize traction and acceleration, and an upgraded One Motion Grip.

The latter is a by-wire steering system introduced by the Toyota bZ4x, which does away with hand-over-hand turns and makes movement more direct and precise. These innovations are all part of the Electrified program of the Japanese car maker, their in-house guideline that shapes the mechanical hat of their full-electric portfolio.

Pascal Ruch, TME Vice President in charge of Lexus Europe, said: “All future development will be based on the principle of leveraging electrification to reinvent the driving experience.”

To make the electrification switch successful, Lexus is building a new global headquarters at Shimoyama in Japan, where designers and engineers work side by side.

Next to the ES, Lexus also unveiled homologation figures for the RZ450e, its first dedicated BEV model. With a consumption of 16,8 kWh, the premium compact SUV achieves a range of 440 kilometers.

These numbers – described as class-leading by its maker – are a little less frugal than on its sister model, the Toyota bZ4x (14,4kWh and 516 kilometers of range). Relying on its long expertise in battery technology from its hybrids, Lexus claims that the 71,4kWh battery retains 90% of its capacity after ten years of use.

Over at Toyota, the brand showcased the bZ Compact SUV Concept, which debuted at the Los Angeles Auto Show. But as for the C-SUV segment, the Japanese carmaker also unveiled the C-HR Prologue, a preview of generation two of that model, which debuted in 2017. Since the brand now also has a Corolla Cross in the configurator, so the new C-HR will look even more audacious.

The next C-HR will be the second vehicle, after the Aygo-X, developed entirely in Belgium at the brand’s technical center in Zaventem – though the design was created in the ED2 studio in Nice.

The Prologue adopts the signature hammerhead headlights and features even shaper and more angular surfaces than the already bold-looking current model. It also adds a tri-tone color pattern (with yellow diffusor and roof spoiler) as the next step after the bi-tone option.

With the bZ Compact SUV Concept covering the all-electric category, the next C-HR continues as a hybrid offering. However, this time it will also be made available as a plug-in hybrid. Most likely, this will be the profoundly updated technology from the all-new Prius.

The specifications look promising, with an electric range increased by half (up to 75 kilometers) and power output doubled in the Prius PHEV. But these cars will arrive when incentives for plug-in hybrids have come to a dead-end in Europe’s most influential markets. Reportedly, the new C-HR is scheduled for 2024, but this remains unconfirmed by Toyota. 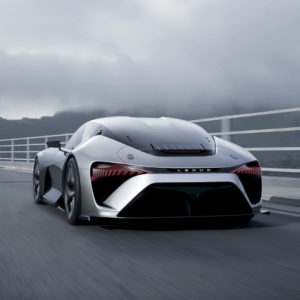 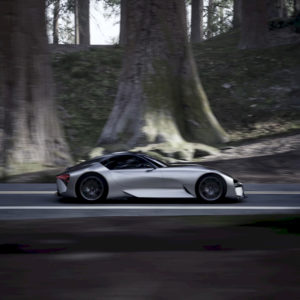 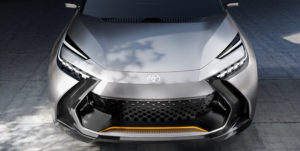 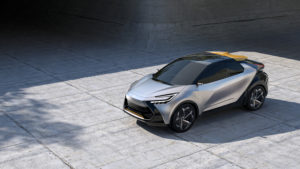