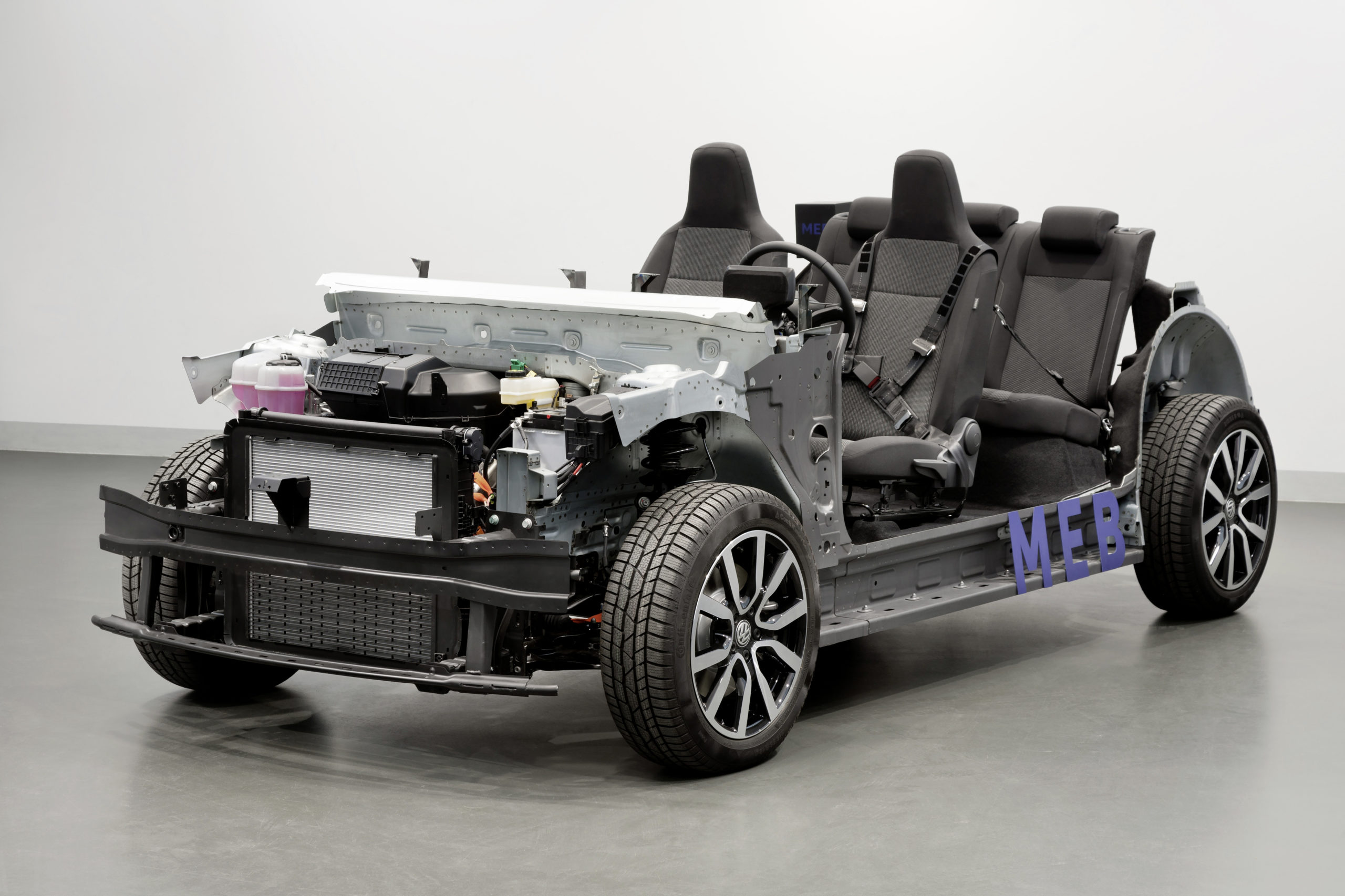 The upgraded version of the MEB platform will feature the new unit cells but no fastcharging at 800 volts. /Volkswagen

Volkswagen has released more details on the next generation of the MEB architecture, adding a plus to its name. The company confirms earlier claims that a range of up to 700 kilometers will be possible while DC charging rises to a peak of 200 kW, further shortening the waiting times.

The Volkswagen Group builds twelve models on the MEB structure and plans ten new ones by 2026, so the update will have a lot of arm’s length. Though the extra range and faster charging times will be more than welcome, it doesn’t look like the most significant improvement imaginable at first look.

Some models from the group, like the VW ID. Aero already reach 620 kilometers, while the 400-volt onboard network, which doesn’t seem to get an upgrade to 800 volts to compete with rival Hyundai and its E-GMP platform, doesn’t allow for more than 200 kW at any current fast-charging station.

But there’s more to it. The German car maker adds that the architecture will introduce new levels of autonomous driving. The platform also incorporates the new unit cells from Volkswagen’s subsidiary PowerCo, so the technological leap will be more significant than these first data unveil. The unit cell is prismatic and takes both NMC (nickel-manganese-cadmium) and LFP (lithium-ferrous-phosphate) chemistries.

It’s very flexible in production to match the specific needs of different vehicle types. PowerCo is constructing a factory in Salzgitter for these unit cells, with the first batches rolling off the assembly line in 2025. This means we shouldn’t expect MEB+ before that year.

Volkswagen itself doesn’t mention when the new MEB architecture will arrive, nor in which model precisely. But the car giant can’t extend the lifeline of the first-generation components much longer.

Serving underneath the current compact electric line-up, these were developed back in 2015. Upholding them would accelerate a technology deficit for those EV models that will hit the market over four years.

So, the facelift of the ID.3, announced last week and arriving in spring 2023, won’t be built on MEB+. That’s for sure. This is a more modest upgrade, with both exterior and interior tweaks.

The optional 12-inch display will become standard, and some new materials on the inside will be vegan. It will also feature a top-of-the-line GTX version and be built on a new assembly line in Wolfsburg, next to Dresden and Zwickau.

Volkswagen is investing 460 million euros in its Wolfsburg factory, building the Golf and Tiguan, for converting it into an EV plant. It will need to be retooled to accommodate the production of the facelifted ID.3 and possibly an SUV variant of the model. VW boss Thomas Schäfer has explicitly referred to the MEB+ architecture as part of the plant’s renewal strategy.