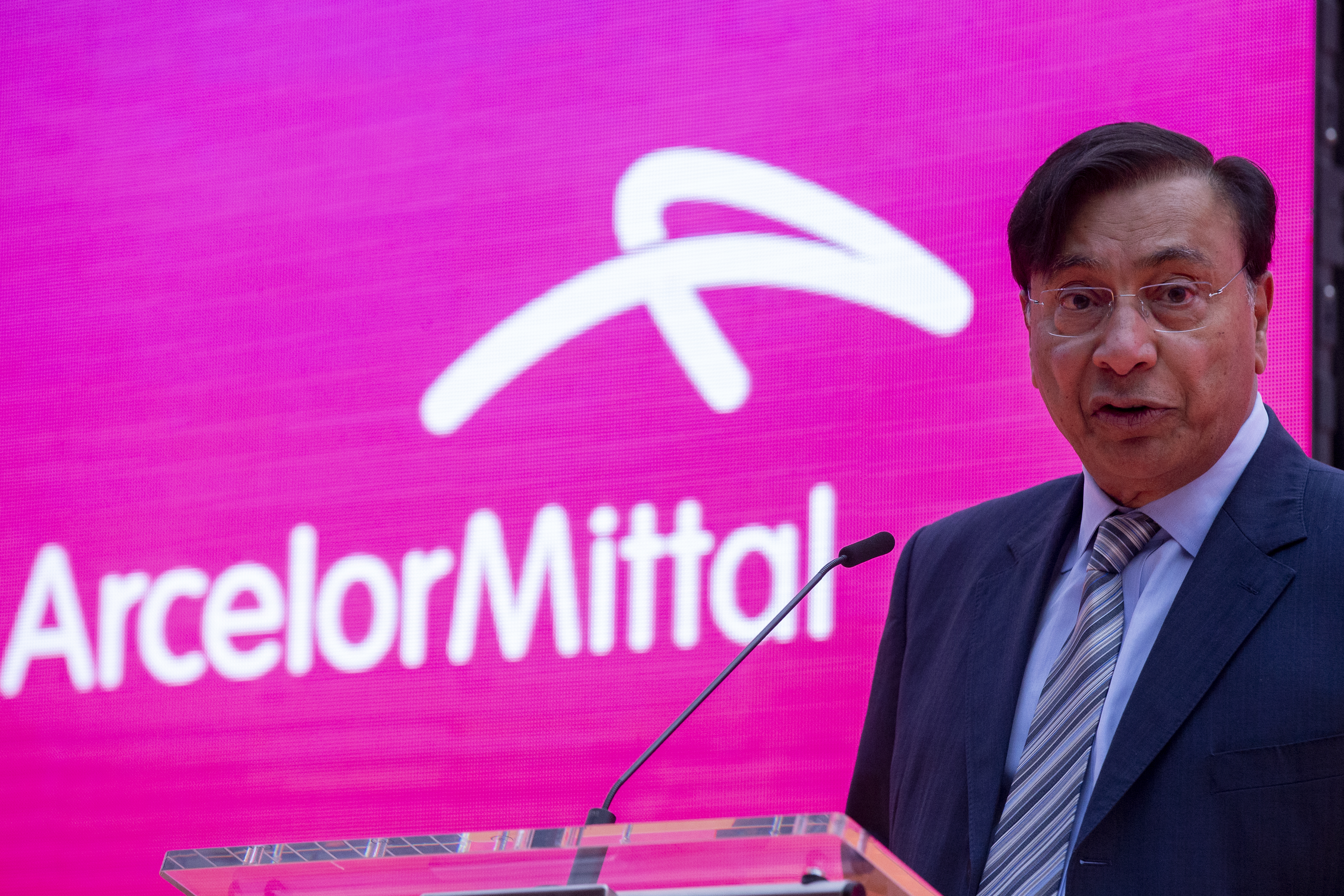 ArcelorMittal CEO Lakshmi Mittal delivers a speech at the inauguration of Steelanol, the new technology of ArcelorMittal in Ghent on Thursday 8 December 2022 /Belga

In the port of Ghent, steelmaker ArcelorMittal has inaugurated its ‘Steelanol’ project, which converts gas from its blast furnaces into bioethanol. The project represents an investment of 200 million euros. It is part of the company’s plans to become carbon neutral by 2050.

“Our customers are looking for green steel, and we want to lead the way in that,” said top executive Lakshmi Mittal. “If we work together, we can achieve climate neutrality with the combination of public policy, public money, and innovation.”

ArcelorMittal aims to cut CO2 emissions by 30% by 2030 compared to 2018 and achieve carbon neutrality by 2050. Therefore, the company’s flagship mill in Ghent, will install two facilities at the port site to reduce carbon emissions.

The first project, ‘Steelanol’, should produce 80 million liters of bioethanol annually and reduce the Ghent steelworks’ annual carbon emissions by 125 000 tons. In addition, a ‘Torero facility’, a 35 million euros project in which wood waste will be processed into biocarbon suitable for the blast furnace process, will also be opened soon.

The ‘Steelanol’ project, which was launched in the company of Prime Minister Alexander De Croo (Open Vld) and different Flemish ministers, is a first for the European steel industry, says ArcelorMittal.

This can then be used as a building block to produce several chemical products, including fuel for transport, paints, plastics, clothing, and even cosmetic perfume.

Steel is indispensable in the modern economy, for example, in producing electric vehicles. Still, steel production is very polluting as the extremely high temperatures required to melt iron ore in a blast furnace are achieved using coke, a type of coal.

Greening that production is not obvious, although recent developments are looking toward hydrogen to generate extremely high temperatures. That can indeed be produced in a green way, for instance, using wind energy. ArcelorMittal has, for example, plans to replace its blast furnaces with electro-furnaces.

ArcelorMittal’s steel plant in the port of Ghent is the biggest polluter in Belgium, with 7,14 megatons, or 8% of Belgium’s emissions. The company already announced last year that it would invest 1,1 billion euros in green steel furnaces at its site in Ghent. This is one of the largest climate investments ever made in Belgium.

The ArcelorMittal Group, based in Luxembourg, is the second-largest steel producer in the world. It has 260 000 employees, spread across 18 sites worldwide, from Brazil and Kazakhstan to South Africa.

ArcelorMittal reported total CO2 emissions for 31 December 2020 at 150,8 teragram. Iron and steel are the sources of an estimated 7% of global carbon dioxide emissions.

ArcelorMittal says up to 40 billion euros of investment will be needed over the next three decades to remove the emissions from steelmaking in Europe alone, depending on the methods. According to Mr. Mittal, without financial support from governments, the incentive to produce steel in Europe would not exist.

Delicate point: the US Inflation Reduction Act (IRA). That legislation provides 367 billion dollars in subsidies and tax breaks for US-based companies making the climate transition. According to the newspaper De Tijd, Geert Van Poelvoorde, the CEO of ArcelorMittal Europe, fears that many European companies will migrate to the US.

The inauguration On Thursday, December 8th, in Ghent was briefly disrupted by a climate activist from Extinction Rebellion. “We have to get rid of coal,” the activist said. “Our children are dying because of people like Mr. Mittal who want taxpayers’ money to waste on sticking to fossil fuels.”

Extinction Rebellion considers the inauguration a “greenwashing” event. “ArcelorMittal, with this media-generated event, makes us believe that it is on its way to producing green steel, but meanwhile, it is just sticking to blast furnaces running on deadly fossil coal,” the association said.

Ghent’s mayor Mathias De Clercq (Open Vld) stressed in the newspaper Het Laatste Nieuws that Ghent is pushing hard for ‘clean tech’ innovation. “We want to make Ghent and our port a global forerunner in the circular economy, and ArcelorMittal plays an important role in this. We need to see our industry as part of the solution, not a problem. Together we can reduce emissions and work toward a climate-neutral society.”