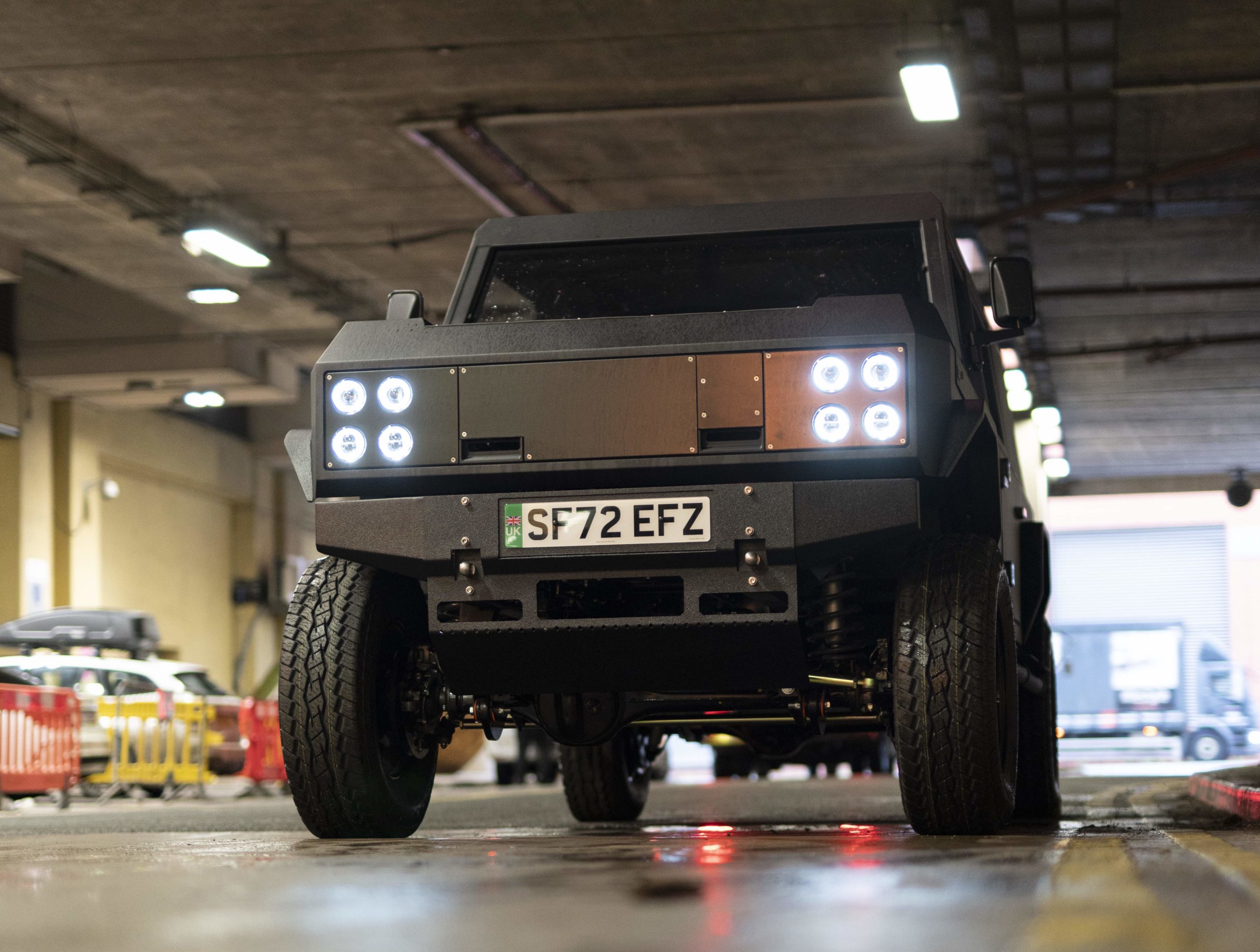 The Mk1 from Munro is ready for production. The model will be available in three versions and two different outputs /Munro

After the monster of Loch Ness, Scotland now has a beast on wheels that ventures off the beaten track without harming its forest or rocky environment with toxic emissions. The MK1 from Munro is an all-electric all-terrain vehicle unveiled in its final guise.

Munro has been teasing its first 4×4 for a while but has now presented the full-fledged production model and confirmed a second model in the making. The utilitarian vehicle will be built in 50 units during its first year in the plant in East Kilbride, ramping up to 500 the year after to reach 5 000 annually by the end of the decade. The company plans to move production elsewhere in Scotland to meet that target.

The Mk1 comes in three versions with the self-explanatory names Utility, Range, and Performance. The first is a base model featuring a battery of 61,2 kWh and an electric axial flux motor of 220 kW. The second can reach 275 kilometers thanks to a bigger version of the NMC battery pack (82,4 kWh) and can handle peak charging at 94 kW, getting 80% of the capacity back in 36 mins.

The Performance also uses a bigger-sized battery. But with power output increasing to 375 hp, this version can reach 0-100 km/hour in under five seconds (4,9 sec.). Not all things in nature are calm.

Interestingly, the Mk1 doesn’t turn to an electric motor for each wheel approach for its four-wheel drive. The latter is still mechanical and commanded by a transfer case. In contrast to the upcoming EQG model from Mercedes, of which the development boss claims that the 4×4 by electric motors, although complex, offers “more offroad possibilities”.

Compared to the earlier presented prototype, the styling has somewhat evolved. But everything is still very square. Even the three LED lights on the previous front have been replaced by four cornered LED spots.

The designer is Ross Compton, who formerly worked at the American company Bollinger Motors, which builds, to no surprise, similarly-looking electric offroaders. The applied Raptor Protection paint even withstands the beating of a hammer. But it’s meant for scratches from branches.

Though rectangular to the point where a cube gets jealous – and body-on-frame, of course – there’s also a lot of drama involved in the styling. Look at the hinges, the bolt-on panels on the nose, the noticeable side steps, and the overtly sculpted wheel arches.

Die-hards will appreciate the fact that the interior can be hosed under pressure up to waist height since the controls on the inside are waterproof and also fit to be manipulated by hands in gloves. Expect toggle switches but nevertheless a digital display as an instrument cluster.

So what can Scotland’s proud machine accomplish off-road? Well, it recuperates kinetic energy with its hill descent control and provides a ground clearance of 480 mm, an approach angle of 84 degrees, and a departure angle of 51 degrees. Wading depth is at 800 mm, slightly under the swimming abilities of Land Rovers with air suspension (900 mm).

The Mk1 primarily aims at customers in the commercial sector but is also available for private customers. In the UK, prices start at 49 995 pounds. The last company building cars in Scotland was Peugeot-Talbot, which left the region in 1981. 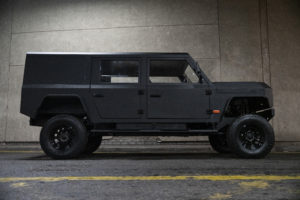