Pedestrians campaign against e-scooters lying around in Brussels 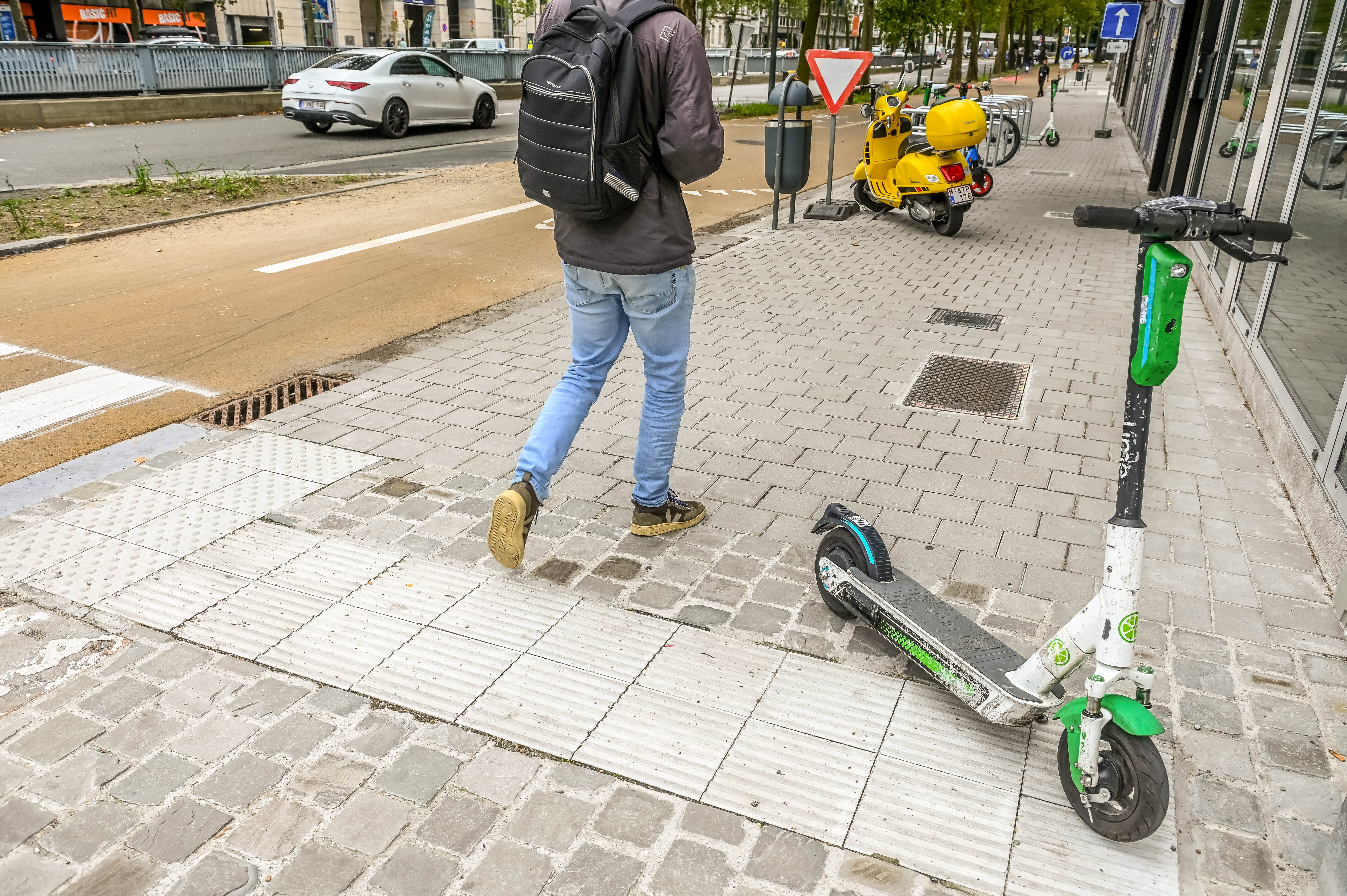 On Wednesday, the Brussels pedestrian platform Walk kicked off an awareness campaign about the consequences of badly parked shared e-scooters and bikes lying everywhere on sidewalks.

A stop was made at Brussels North station to present the demands to the Brussels Minister for Mobility, Elke Van den Brandt (Groen).

In 2023, the Brussels Region will introduce a new regulation concerning the numerous shared e-scooters and bikes circulating on its territory.

The citizens’ platform ‘Walk’ and the non-profit organization Collective Accessibility Wallonie Bruxelles (CAWaB), who took action together on Wednesday, hope that the rules will be strict enough to ensure that pavements remain safe, accessible, and without obstructions for pedestrians.

“They are so often parked incorrectly that they are an obstacle for pedestrians, but especially for people with reduced mobility, it can be dangerous,” says Arne Robbe, pedestrian policy adviser at ‘Walk’.

“Pavements are not that wide in Brussels, so if you have to slalom between the e-scooters, it becomes really difficult.”

The members of ‘Walk’ and CAWaB handed out flyers during their action and are also going around the whole region to hang the flyers on parked shared e-scooters and bikes. In this way, the associations demand that vehicles no longer be parked on the pavements.

As a solution, they suggest limiting the number of e-scooters and bikes to the number of drop zones provided for them. Finally, they ask that those who park wrongly will be sanctioned faster.

Although the micro-mobility ordinance setting out the general framework in Brussels was approved last February, the implementing decree is still pending. A first draft of the law, without a political agreement, is currently being submitted for consultation.

Currently estimated at 23 500, the number of e-scooters could be reduced to 13 000 with different licenses. Another significant change is that the new framework provides territories with compulsory drop zones and areas where e-scooters can be parked outside these zones under strict conditions (not on pavements, pedestrian crossings, etc.).