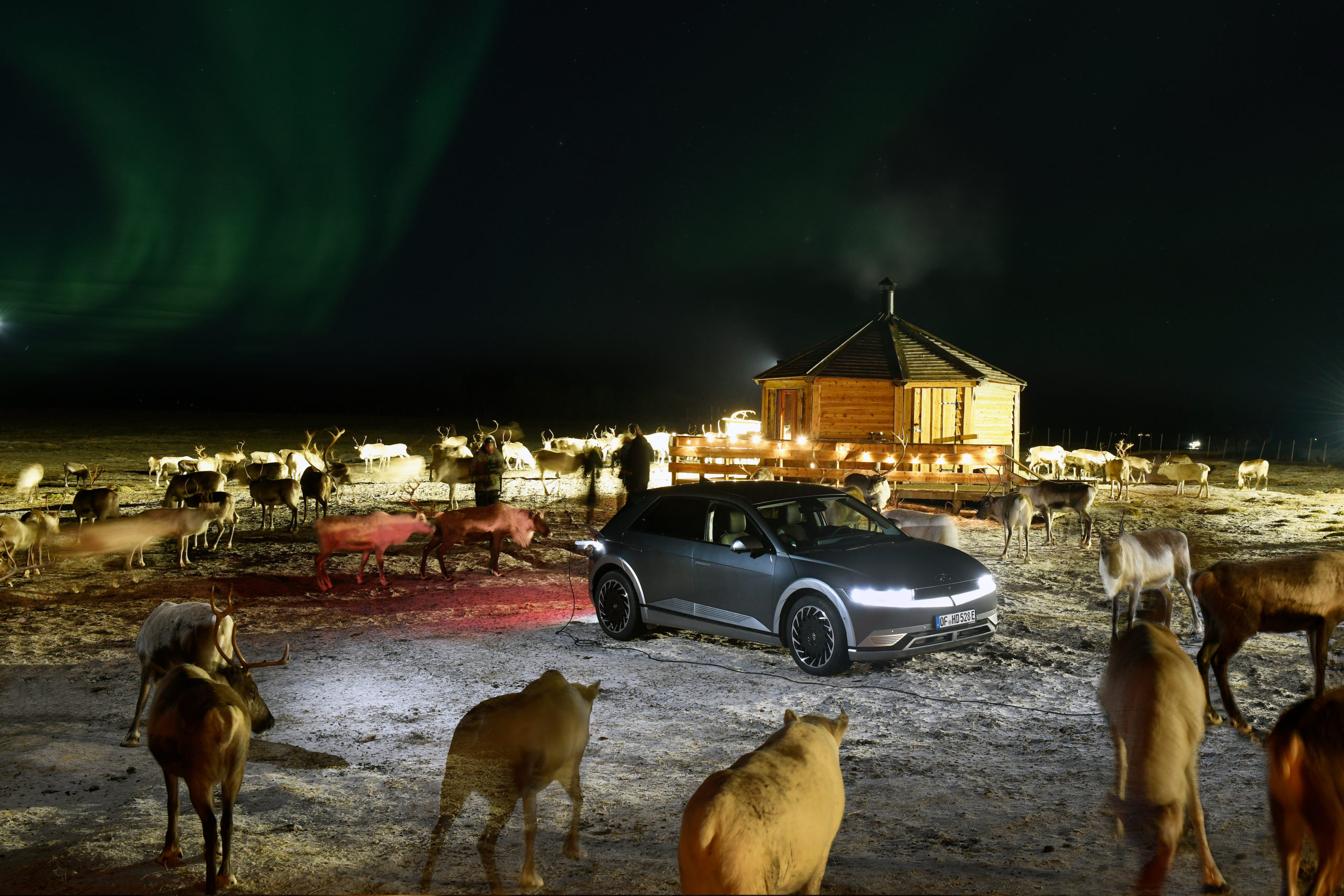 Norway is the world leader in EV adoption, but in its far northern remote regions, a lot of its inhabitants still must make ends meet without an electricity grid.

For one specific reindeer farm, Hyundai came to the rescue and powered a cabin for light and cooking lunch. No, not some Christmas magic, just the technology of V2L (Vehicle to Load) at work.

This makes it possible for external appliances (at 110/220V) – but also another electric car with a depleted battery – to be energized by the battery pack of the car. As such, the BEV functions as a mobile power station.

Putting V2L to its ultimate test, Hyundai took an Ioniq 5 to Tromsø, Norway, where the car powered a resting cabin on a reindeer farm for three days, supplying some basic living needs such as light – also around the farm’s fences – and cooking.

Otherwise, these conveniences are supplied by a wood fire or the electricity of a power generator using fossil fuels. These adverse arctic conditions prove particularly challenging for a BEV like the Ioniq 5, since average temperatures don’t rise above freezing point in this region during winter.

The Ioniq 5 uses a 3,6 kW adaptor from Mobis, a Hyundai subsidiary, that can be fitted on the charging port to supply electricity to the connected appliances. The model, just like the newly launched Ioniq 6, offers V2L standard.

The cars also feature a 220 V socket under the rear seats. Hyundai doesn’t mention the featured battery pack, but we have reasons to believe this was the bigger version with 72,6 kWh.

Hyundai runs several experimental projects with bidirectional charging. In early fall, the Korean carmaker opened a pop-up car-powered hotel in the UK, where the entire facility was powered with battery packs from several Ioniq 5 cars. High-power equipment was energized with the aid of a converter.

In Utrecht, The Netherlands, Hyundai deployed 25 units of the Ioniq 5 with upgraded software in collaboration with We Drive Solar.

These cars are supplied by rooftop solar energy and can be integrated into the existing grid, feeding back their stored energy for domestic use when demand is high. Hyundai plans to expand this Dutch fleet to 150 cars in total. 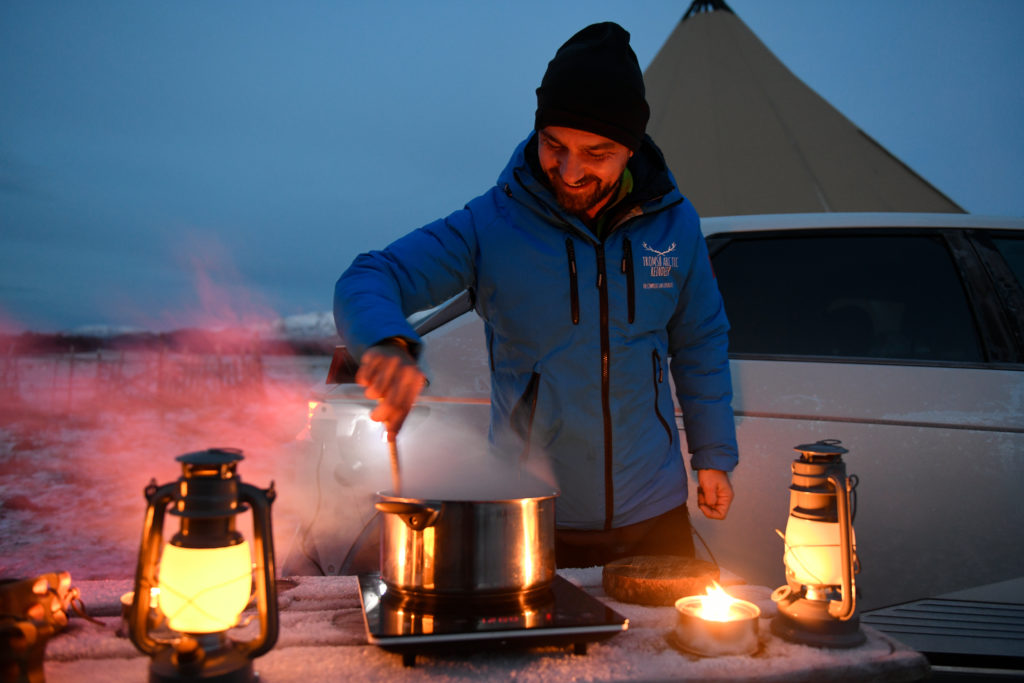 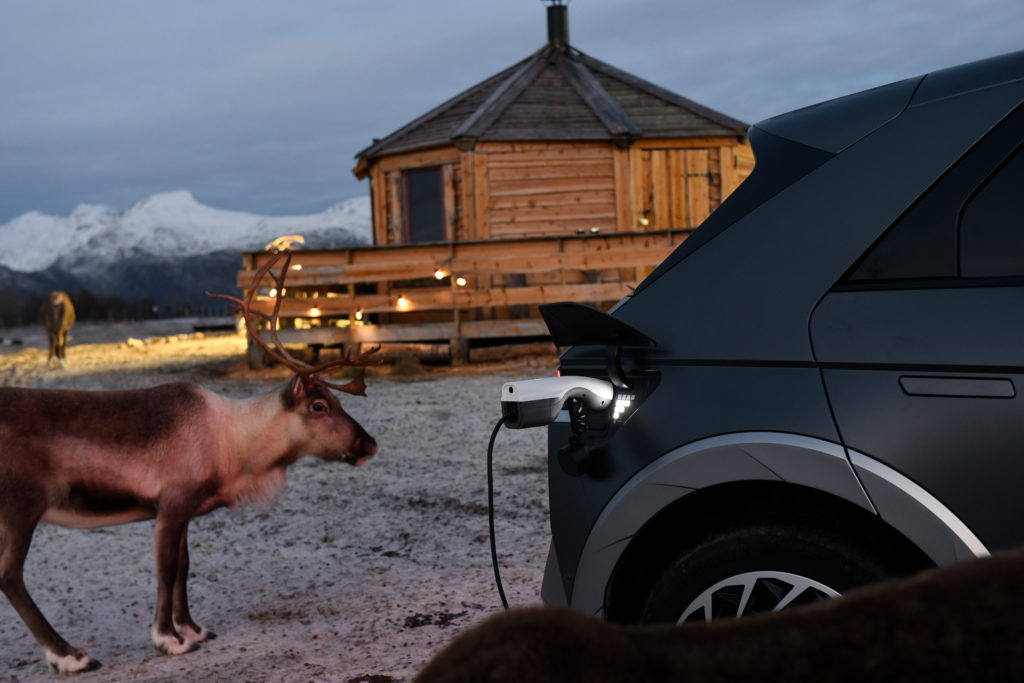 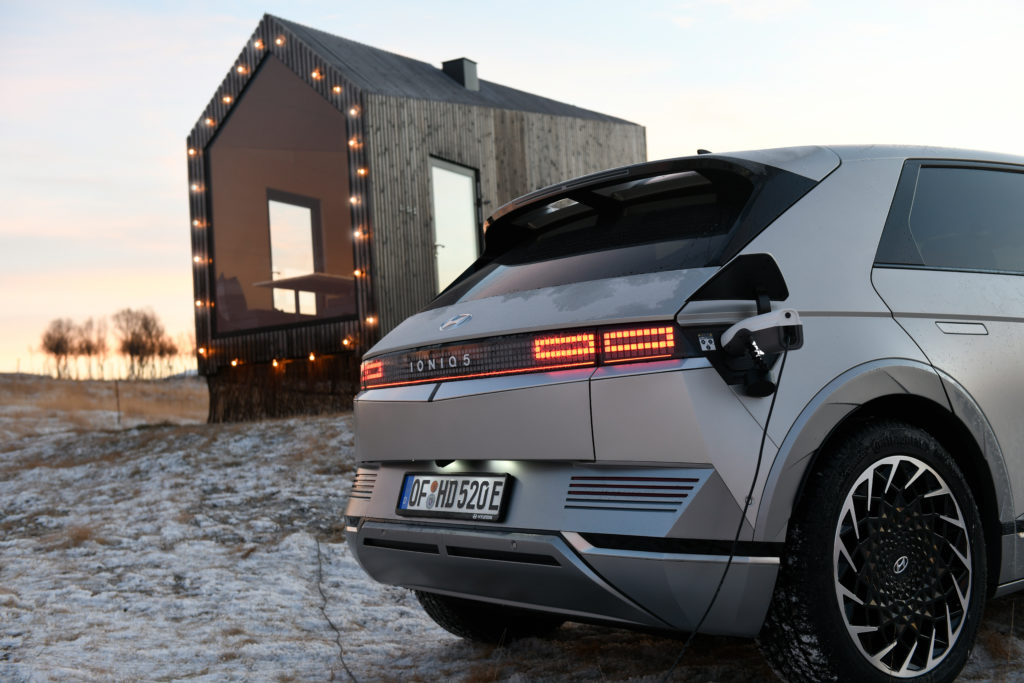