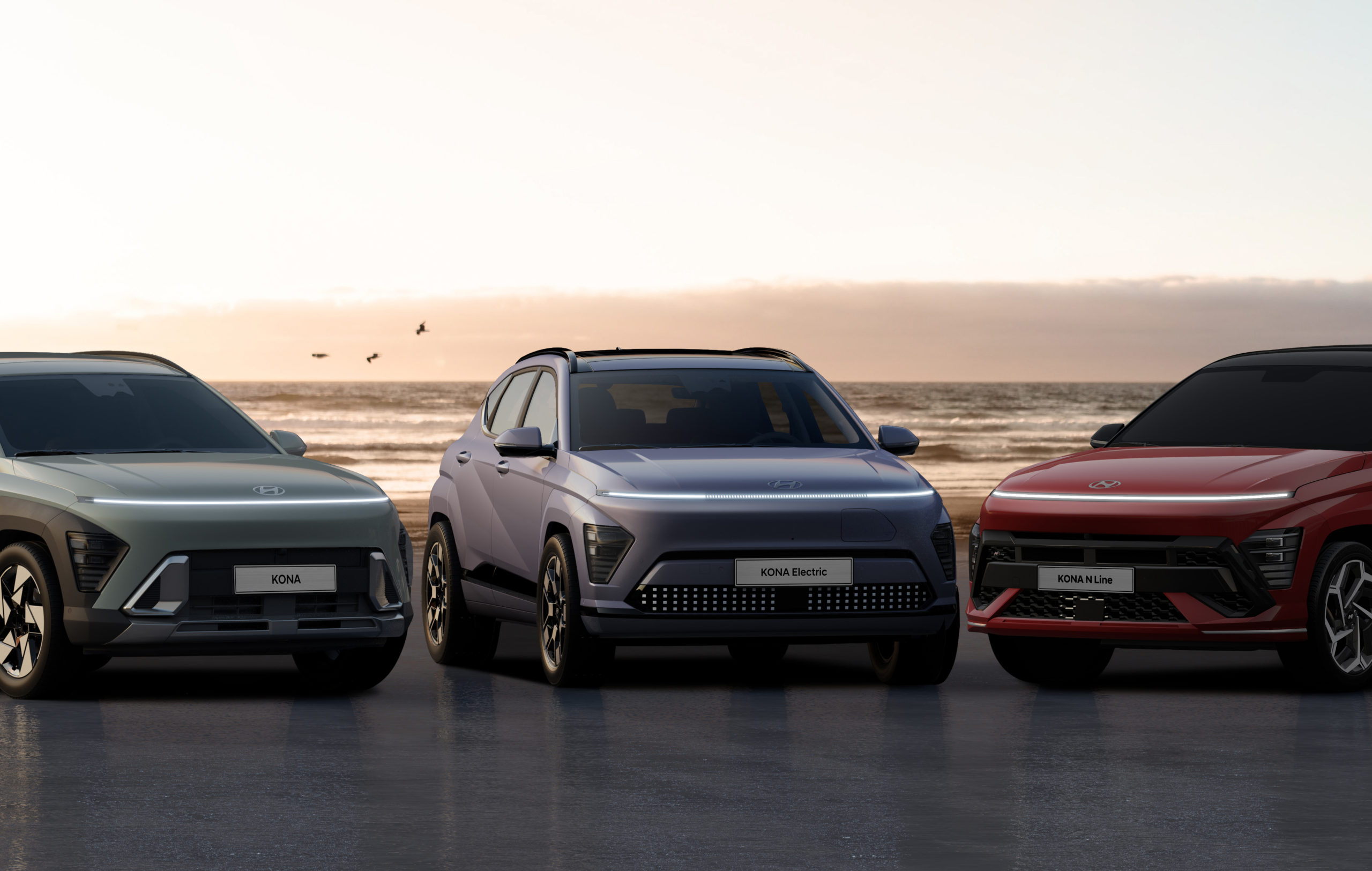 Arriving in mid-2023, Hyundai has released the first details on the new Kona, which must make its mark in the crowded C-segment for crossovers. But thanks to its unique lighting signature, the model won’t fail to draw attention. Next to the electric version, it will also be available with electrified combustion engines.

A keen eye will immediately see the resemblance. The light strip on the front of the new Kona, dubbed Seamless Horizon Lamp, replacing the already streaky headlights of the previous generation, is inspired by the concept Seven.

This SUV was showcased by Hyundai at the Automobility LA last year. This nose design is even more futuristic than on the Lucid Air, which still retains two separate sets of light clusters.

As for the looks, the contours of the first Kona haven’t been forgotten. These might hide that the model has grown in all directions with a wheelbase 60 mm longer and a stance 25 mm wider. It must benefit passengers in the interior as well as luggage space. Exact specifications have yet to be unveiled.

On the inside, the compact crossover draws inspiration from the all-electric Ioniq 5, featuring an identical wraparound digital widescreen, including the instrument cluster and the infotainment. It’s two 12,3 inch displays flawlessly glued together.

Technically, the new Kona is still twinned to its sister model Niro at Kia. But Hyundai claims that for the development of the second generation, the EV model took the central stage, with the other drivelines abiding by these prior choices.

Hyundai confirms that the model will also be available with conventional ICE engines, an HEV version, and the N Line as a sporty spin-off.

The design will help distinguish these different versions, with, for example, skid plates for the combustion-engined models and a pixel design in the front bumper for the EV. In addition, the N Line will look sporty thanks to blackened details, more aggressive bumpers, and 19-inch wheels.

If the newest Niro is anything to go by – and chances are fat – then the all-electric model will feature the 64,8 kWh battery pack with an electric motor of 204 hp driving the front wheels. That’s also the same package featured in the current Kona.

The hybrid will most likely use the 1.6 gasoline engine, while the smaller 1.0 three-cylinder will take care of the ICE part of the range.

Hyundai doesn’t mention a plug-in hybrid version. Though the Niro has such a driveline on offer, it can’t be taken for granted for a European launch. As of 2023, incentives for pluggable hybrids are drying up all over the continent. 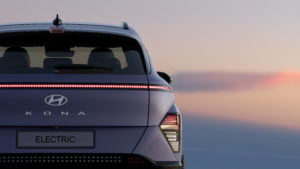 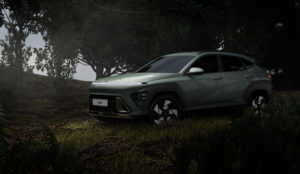 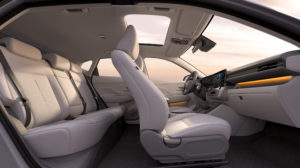