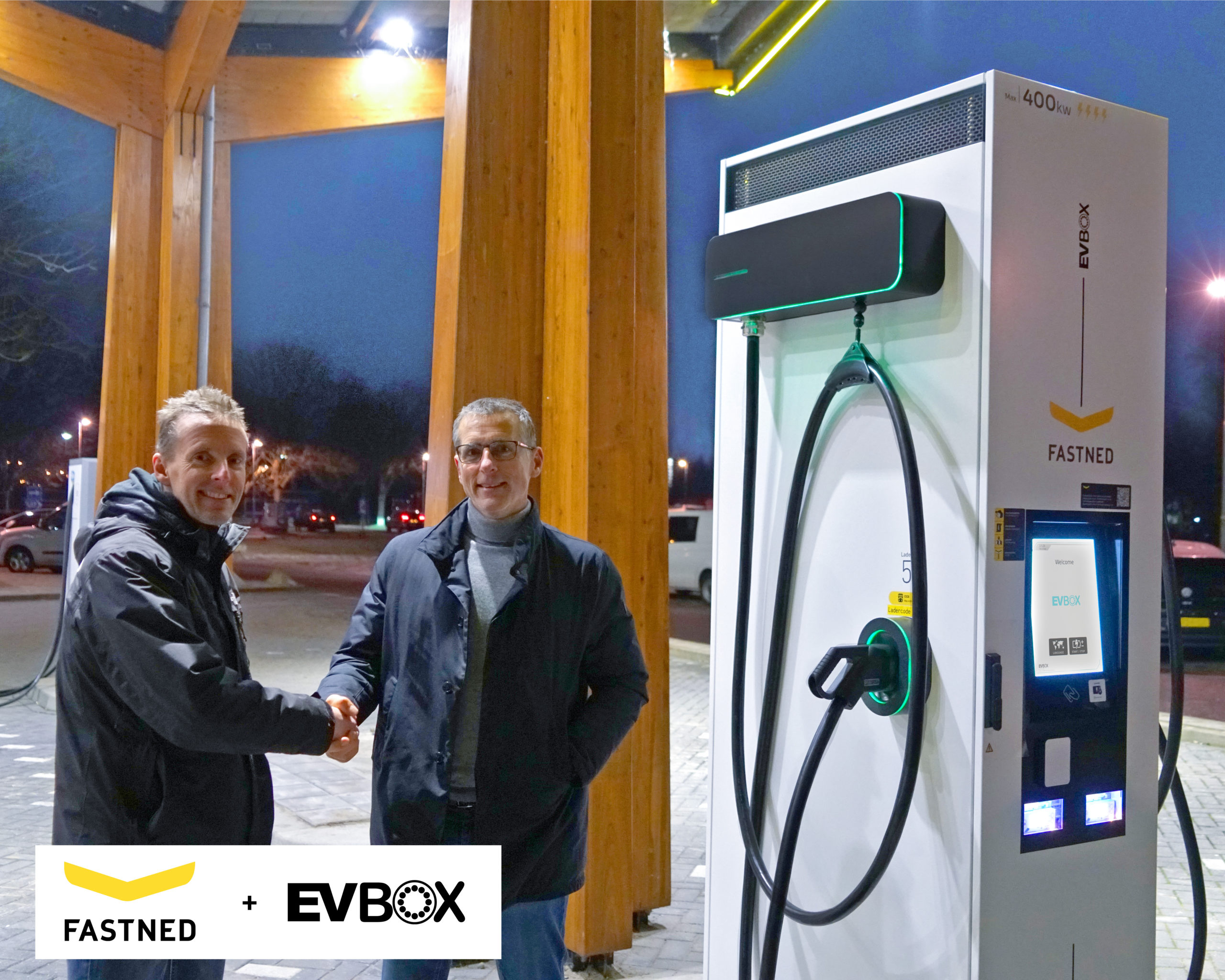 Fastned cooperates with several suppliers, but the collaboration with EVBox serves them with the fastest charger yet /EVBox

In its station at De Watering in Dutch Oostzaan, charging point operator Fastned has opened a charging column of 400 kW. In theory, vehicles can charge 100 kilometers of range in just about three minutes here. The milestone is a cooperation with charging solutions supplier EVBox.

To reduce downtime in areas with high traffic rates, Fastned is looking to increase peak charging at its fast charging stations asides highways. By installing an EVBox Troniq Modular High-Power column, the company can now offer an unprecedented charging speed thanks to a maximum output of 400 kW.

In a likelier scenario, the pole will split its power in half, serving two cars at 200 kW each since no current vehicle on the European market can charge at such levels. Unfortunately, there’s no information on how long the column can provide such high peaks, which are, by rule, subject to fluctuations.

Fastned says that the cooperation with EVBox also improves the technology further now that it has a genuine test case up and running. In addition, the company will look at data monitoring, user experience, ease of charging, and quality.

It has, therefore, joined EVBox’s ‘Early Adopter Program’, designed to evaluate and give feedback on the implementation, from installation to end-use. In addition, both parties signed a Memorandum of Understanding (MoU) for a non-exclusive partnership to support product development.

By offering a 400 kW level, Fastned is outpacing its main competitors. The fast charging network of Ionity can handle 350 kW, and Tesla’s Supercharger network is capable of 250 kW. The American EV maker succeeded in raising its output relatively fast in the start-up phase but lags improving on it since Ionity came to the market.

The crown for the fastest charging car on the market was in the hands of the Porsche Taycan for a long time, which came about three years ago with a maximum charging speed of 270 kW. Since then, primarily Chinese and American start-ups have been in hot pursuit of doing better.

Xpeng has showcased its SUV G9 with a charging speed of 480 kW, matching its in-house developed supercharger handling the same peak power. This provides 200 kilometers in 5 minutes.

Tests in its home country US have unveiled that the Lucid Air, of which deliveries in Europe started this week, is capable of a little above 300 kW thanks to its 900V+ architecture.

Fastned, who raised an extra investment of €10,8 million this week for its expansion toward 1 000 charging stations by 20230, runs contracts with several suppliers. One of them is ABB, which launched the Terra 360 column (also capable of charging 100 kilometers in three minutes) last year.

It is unknown whether the partnership with EVBox means the Terra 360 won’t be installed in the Fastned network. Lately, the Dutch charging operator has favored installing Alpitronic Hypercharger HYC300 poles. But the company says it doesn’t want to step into exclusive deals and keeps operating with several suppliers.