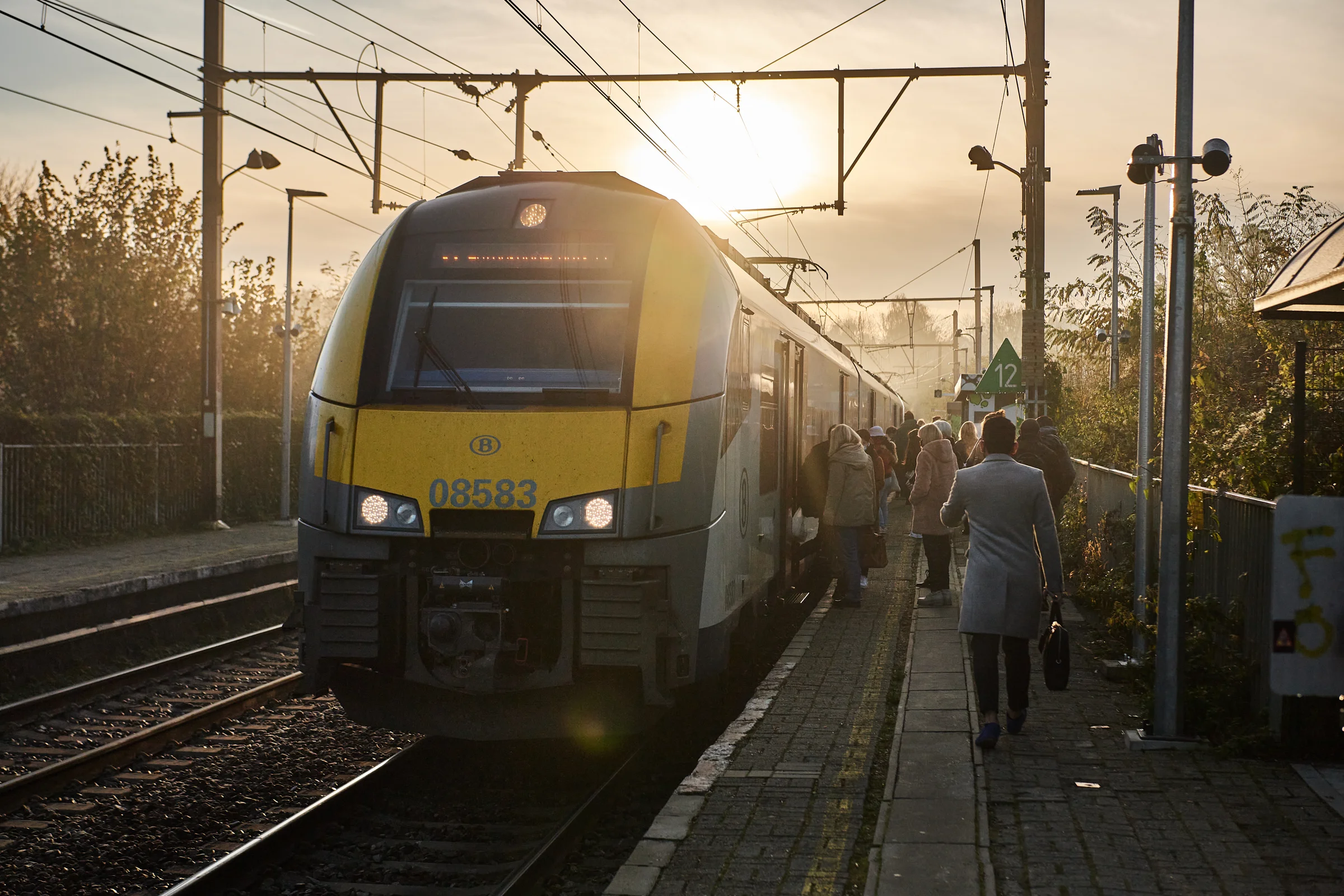 More than 38 400 train journeys scheduled at NMBS/SNCB over the past year were canceled. That is a record number /NMBS/SNCB

More than 38 400 scheduled train journeys were canceled in Belgium last year, a record number. So reports the newspaper De Tijd, which analyzed figures from railway network operator Infrabel from January to November.

With more than 38 400 train journeys scheduled to be canceled, 2022 thus already breaks the record from 2016, when just over 38 000 trains were partially or entirely canceled. Nearly 3 500 journeys per month are now canceled, threatening to push the final balance well above 40 000.

Except for the corona year 2022, the number of canceled trains has been rising for years. Accidents, track walkers, or external factors such as weather are the root of most cancellations. Still, the year the impact of staff shortages and high absenteeism at NMBS/SNCB is particularly striking.

Usually, the railway company is the cause of a third of cancellations; now it is 40% or more than 15 000 cancellations.

Added to this is the aging infrastructure. Severely outdated transits remain in the rotation because the 200 ordered new double-decker trains are still not delivered, but these more often have technical problems. The current fleet is 25 years old on average, with some trains dating back to 1966. The new double-deckers will certainly not be there before the end of 2023.

In addition, an estimated 700 km of tracks are in such bad shape that trains should not be running. As a result, drivers must drive slower, resulting in delays.

In the first six months of the year alone, 21 856 passenger trains on the Belgian rail network were canceled due to staff shortage. But the staff that was to be recruited in 2022 have since been recruited. Most of those new employees have also started in the meantime.

As a result of all these problems, punctuality also dropped further last year. As a result, less than 90% of trains arrived at stations within six minutes of their scheduled arrival time in 2022. Large stations, in particular, are struggling with declining punctuality. On average, train delays in Belgian stations exceed three minutes.

NMBS/SNCB points out that the ‘third party’ category, such as track runners, cable thefts, and personal accidents, remains the leading cause of canceled trains. Storm Eunice in February, for example, accounted for 939 total and 500 partial cancellations.

Backlog due to savings

Infrabel says that in November, the infrastructure manager was responsible for 17,2% of partial and complete abolishment. This is an increase compared to the same period last year when that share was 13,7%, but a decrease compared to 2020 when it was almost 20%.

Infrabel has accumulated a maintenance backlog due to several rounds of savings, but it can be cleared from 2025 to 2030 or 2032.

NMBS/SNCB wants 10% more trains and 30% more passengers by 2030. To this end, it also signed a new management agreement for ten years with the government. The previous management contract dated back to 2008. Attached to those ambitions is a budget of almost 44 billion euros.

Among other things, train supply during the week and on weekends will be expanded.