Is Chinese Aion readying the world’s most aerodynamic EV? 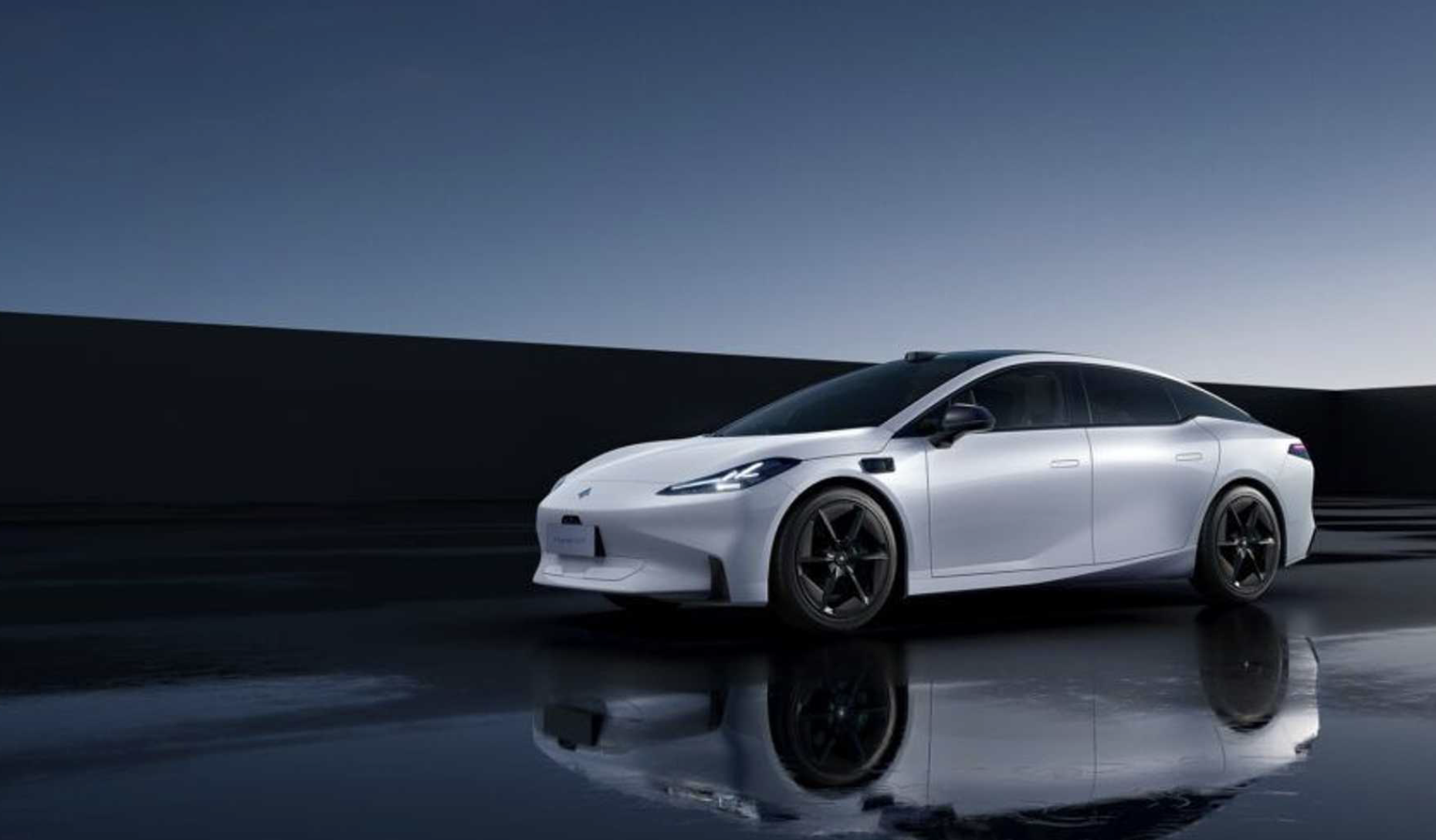 Thanks to active aids, the Aion Hyper GT vows for an aero resistance of 0.19 /Aion

The EV battle for record drag has spawned a new self-declared winner. Chinese brand Aion, a subsidiary of GAC, has unveiled the hyper GT featuring a Cd value of just 0.19. It’s worth mentioning that the car is still in concept. It remains to be seen whether the production version can uphold those record-breaking aerodynamics.

In their pursuit of boosting range, lowering the air resistance of the bodywork is one of the crucial solutions in EV development. At the 2022 Guangzhou Auto Show, Aion showcased some new clever tricks on its Hyper GT, making it possible to push the wind resistance value under 0.20. Active aids are one of them.

The so-called ‘Wind Blade Grille’ introduces two hatches in the front bumper. At certain speeds, they open to help pass air flow through and reduce the obstructing headwind. At the back, a two-split spoiler is automatically raised as speed grows, very much in the style of the Porshe Taycan.

On the roof, the Hyper GT carries a small bulb. This shouldn’t be attributed to the clever aerodynamics but holds the lidar sensor necessary for semi-automated driving. To underline its premium stature and steep ambitions on the drag strip, the car also features butterfly doors, like supercars.

Power is not comparable to supercars, though. A single motor in the rear develops 250 kW and 434 Nm of torque, still good for slashing a 0-60 mph acceleration in under four seconds. Battery capacity and projected range remain undisclosed, but Aion claims fast charging at 480 kW and promises a swapping solution for the pack.

Calling the Hyper GT “the world’s lowest wind resistance production car”, as Aion does, needs some nuances. Though its Cd value beats those of the Mercedes EQS (0.20), Lucid Air (0.21), and Tesla Model S (0.20), Dutch solar car company Lightyear succeeds in an aero shape of 0.17 for the 0, which recently went into production.

Also, the Hyper GT is, so far, still a concept car – in that league, Mercedes’ visionary EQXX cleaves through the air with a Cd of 0.17. We’ll have to wait for the production version of the Hyper GT, which is expected in the course of 2023, to see if the Hyper GT’s advanced design makes it to the showroom as unveiled.

The Hyper GT will join the current five-model range from Aion, which also features a hypercar. The brand has no plans to enter the European market.