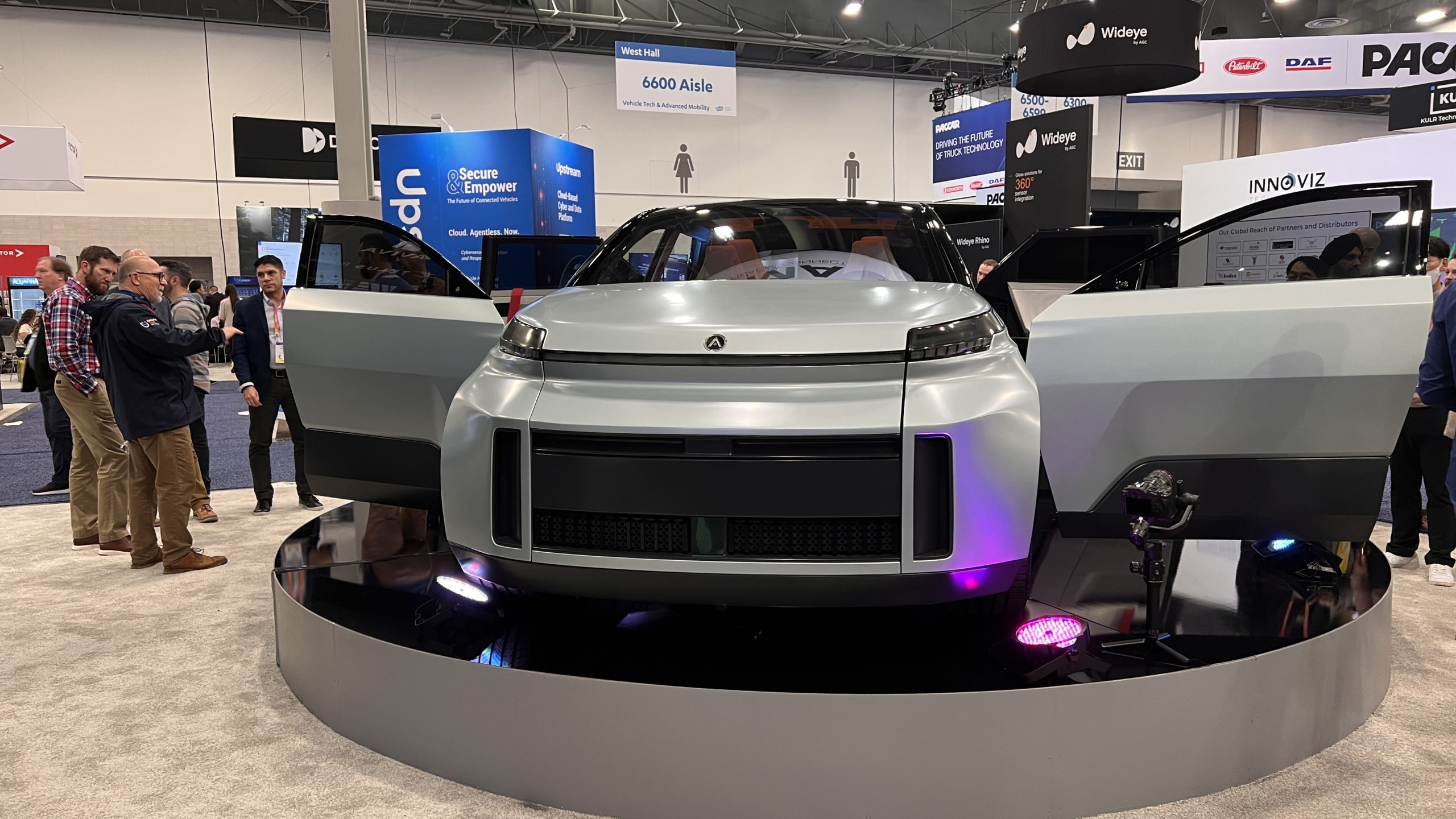 The Arrow is not intended for production. The concept showcases the knowhow and expertise in electrification from Canadian suppliers. /newspress

The Automotive Parts Manufacturers’ Association (APMA) has kept its word and unveiled its first running prototype, including the interior, at the Consumers Electronic Show (CES) in Las Vegas. However, there’s a but. No mass production is on the agenda.

The rather brick-like looking Arrow is a showcase which demonstrates what the Canadian suppliers in the automotive industry are capable of rather than the first stepping stone of a whole new EV brand. The car didn’t make courtesy drives but was only displayed for the visitors to behold.

However, the car is operational. It features an 82.5kWh lithium-ion battery and two electric engines for all-wheel drive. The four-seater SUV (with bucket seats in the back) is expected to accelerate in around 3.5 seconds from a standstill to 100 km/h. The range is still under calculation, but 500 kilometers is estimated. A solar panel on the roof must assist in charging.

The car is also a showroom for future interior trends with a cutting-edge human-machine interface cockpit and high levels of cybersecurity. Access to the interior is by impressive suicide doors. The design is by the hand of students from Carleton University, who won the competition accompanying the project.

“It came out exactly the way we wanted it to, and we think we finished on the exterior end, on the technology, the way it operates, and how all those systems operate together have come according to plan – on budget and on time,” said Flavio Volpe, president of the APMA, who continued: “It is, in my opinion, the biggest industrial collaboration project in Canadian automotive history.”

97% of the parts used in the Arrow are of Canadian origin and come from 58 different suppliers (more than 200 applied to be part of the project). Putting them together in an electric vehicle capable of Level 3 autonomous driving must help those local companies make the outside world aware of their development and manufacturing potential.

It’s the first time a supplier and parts organisation has designed and constructed a car of their own. The Canadian government has supported the birth of its first national car – or rather, a one-off concept car – with $5 million. An assembly line is not part of Arrow’s road map, but APMA does acknowledge there will be upgrades – up to three – further down the line.

Fittingly, the unveiling completes a circle. It was at CES two years ago that the plans for and start of the project were announced. The next stop for the Arrow is the Canadian International Autoshow in Toronto next month. 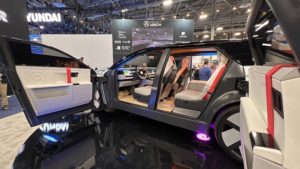 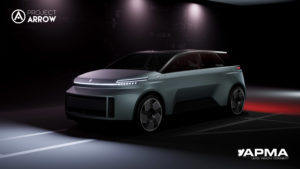