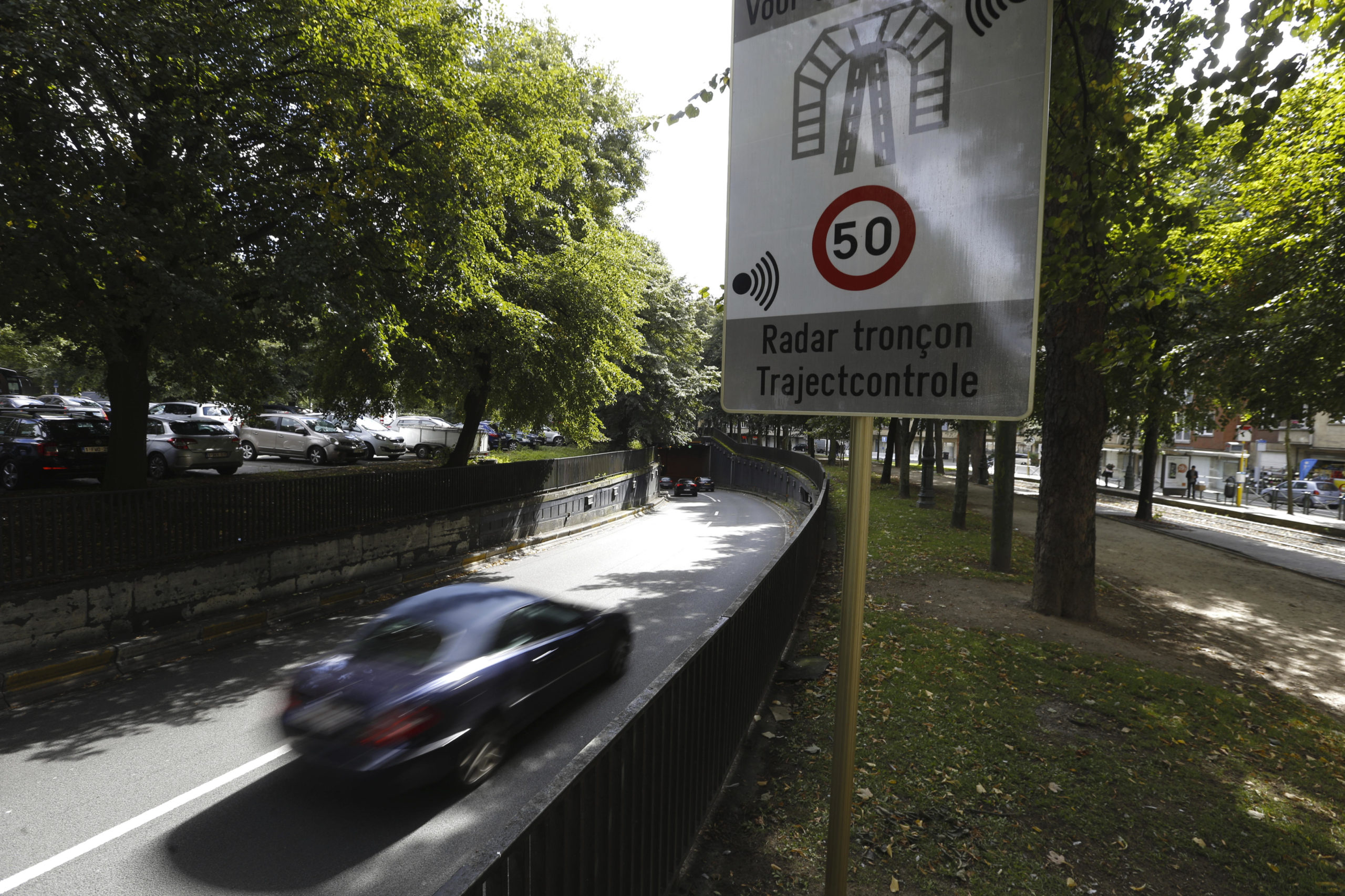 Traffic signs indicating the average speed checks in the former Leopold II tunnel in 2017, now Annie Cordy tunnel, that never got initialized due to objections of Brussels municipalities /Belga

The arm wrestling between the Brussels regional and local authorities over the activation of the average speed checks in the Annie Cordy tunnel is still ongoing.

And it does not look like they are going to be activated immediately. For the municipalities in the northwest of Brussels remain obstructionist. They are now asking for a global approach, whereby also the traffic problems on the surface would be resolved.

To situate the saga: in 2017, average speed checks were installed in the Annie Cordy tunnel, the former Leopold II tunnel. But the then Mayor of Koekelberg, Philippe Pivin (MR), objected to the plans and the 50 km/hour speeding limit. So, the speed checks, costing 150 000 euros and announced with signs at the entrance, never got initialized.

Last year in September, Brussels Mobility restarted the discussion about activating the average speed checks in the 2,5 km long infrastructure, the longest tunnel in the country.  According to the newspaper La Dernière Heure, TomTom data have shown “very worrying speeding given the high level of tunnel use”.

Hence Brussels Mobility Minister Elke Van den Brandt (Groen) hopes to activate the camera’s yet to see speeds evolve, as in the Louise Tunnel, toward a reduction of up to 10 km/hour at night and 5 km/hour during rush hour.

First improvements on the surface

A relaunch in the summer of this year was initially targeted, but that date is also in danger of falling through. The municipalities involved in the northwest of Brussels, and especially the five entities of the Brussels West police zone, want no radar to be initialized until safety improvements are made on the surface.

In a letter sent to Elke Van den Brandt in December, the mayors of Koekelberg, Ganshoren, Molenbeek, Jette, and Sint-Agatha-Berchem, refer to an increase in traffic accidents with injuries on Boulevard Leopold II. They are calling for a 30 km/hour speed limit on the central part of this Boulevard and safe pedestrian crossings along Elisabeth Park. There are also fears that traffic will be transferred to the surface if the radar section is initialized.

If the municipalities do not give their blessing, the Region will remain blocked in this matter.

According to sources quoted by the newspaper La Dernière Heure, the position of the municipalities is only seen as a diversion to slow down the dossier. This refers especially to the figure of Ahmed Laaouej (PS), the current mayor of Koekelberg and parliamentary party leader, who, in his veto, is also putting pressure on the future development of the sustainable neighborhood contracts that Urban Brussels is unrolling.