Acerta: ‘Belgians are using their car less to commute’ 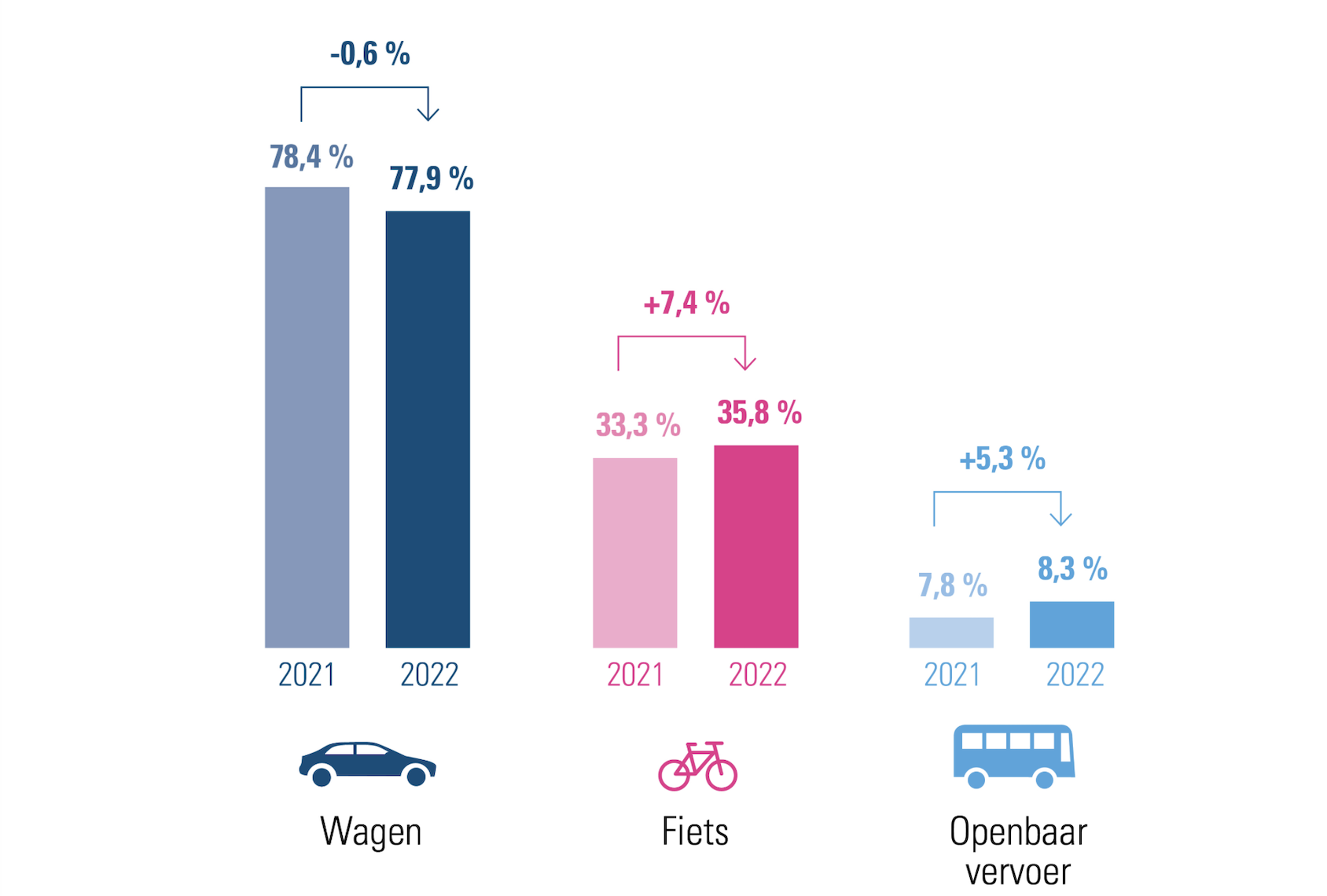 There has been a turnaround in Belgium in terms of commuting: King car is losing ground to cycling and public transport to get to work /Acerta

For the first time in five years, Belgians use their cars slightly less to commute to work. On the contrary, public transport is again as popular for commuting to work as before corona, and the number of company cars reaches a new record. This is according to the annual mobility barometer of HR service provider Acerta.

“It has been the case for some time that people are thinking more consciously about their journeys,” says Charlotte Thijs, mobility expert at Acerta. “There is the generally growing environmental awareness, the range of means of transport that is becoming more diverse, the (electric) bicycle that got an image boost… In recent months, high fuel prices have been added to this. It seems to ensure that workers no longer automatically get into the car, and the decades-long dominance of the car is on the way back,” concludes Thijs.

Other factors that play a role in the popularity of the bicycle as a means of commuting are that more employers are proposing bicycle leases, and more people are getting a bicycle allowance.

What is striking is that the average commuting distance in Belgium has increased by half a kilometer to 20,5 km. It would not be illogical for home working on playing a role in this. But as with the figures relating to means of transport, the differences or distances involved are always relatively small.

According to research commissioned by HR service provider Tempo-Team, published in September last year, almost six in ten employees (57%) use a car to travel to work. This is the same proportion as before the corona crisis when people had to work from home.

More company cars than ever

Another observation: there are still more company cars driving around in Belgium than a year earlier. Today, 23% of white-collar workers in the country get a company car. However, this is a slight increase compared to 2021 (22,3%).

Meanwhile, 10% of company cars are hybrids, the most popular being those with a gasoline combustion engine and an electric motor (8,8%). Fully electric company cars account for another 3,2% today. This is still a tiny minority, but it is more than double compared to 2021.

The big loser is the diesel-powered company car, which was once dominant and has now dropped to a 57,8% share. “If we may assume a contract term of four to five years, we will see fuel-engine company cars driving their last kilometers in 2028,” says Thijs.

The switch is mainly a consequence of the phasing out and eventual abolition of tax breaks for company cars with a fuel engine. Indeed, from tax 2026, the tax deductibility for gasoline- or diesel-powered cars purchased between 1 July 2023 and 32 December 2025 will progressively decrease, to be reduced to zero in 2028. However, only electric company cars will still be 100% tax deductible until 2026.

Acerta’s annual mobility barometer charts the mobility habits of 330 000 employees. The data collected are based on a sample with actual wage data of employees employed by more than 40 000 private sector employers.