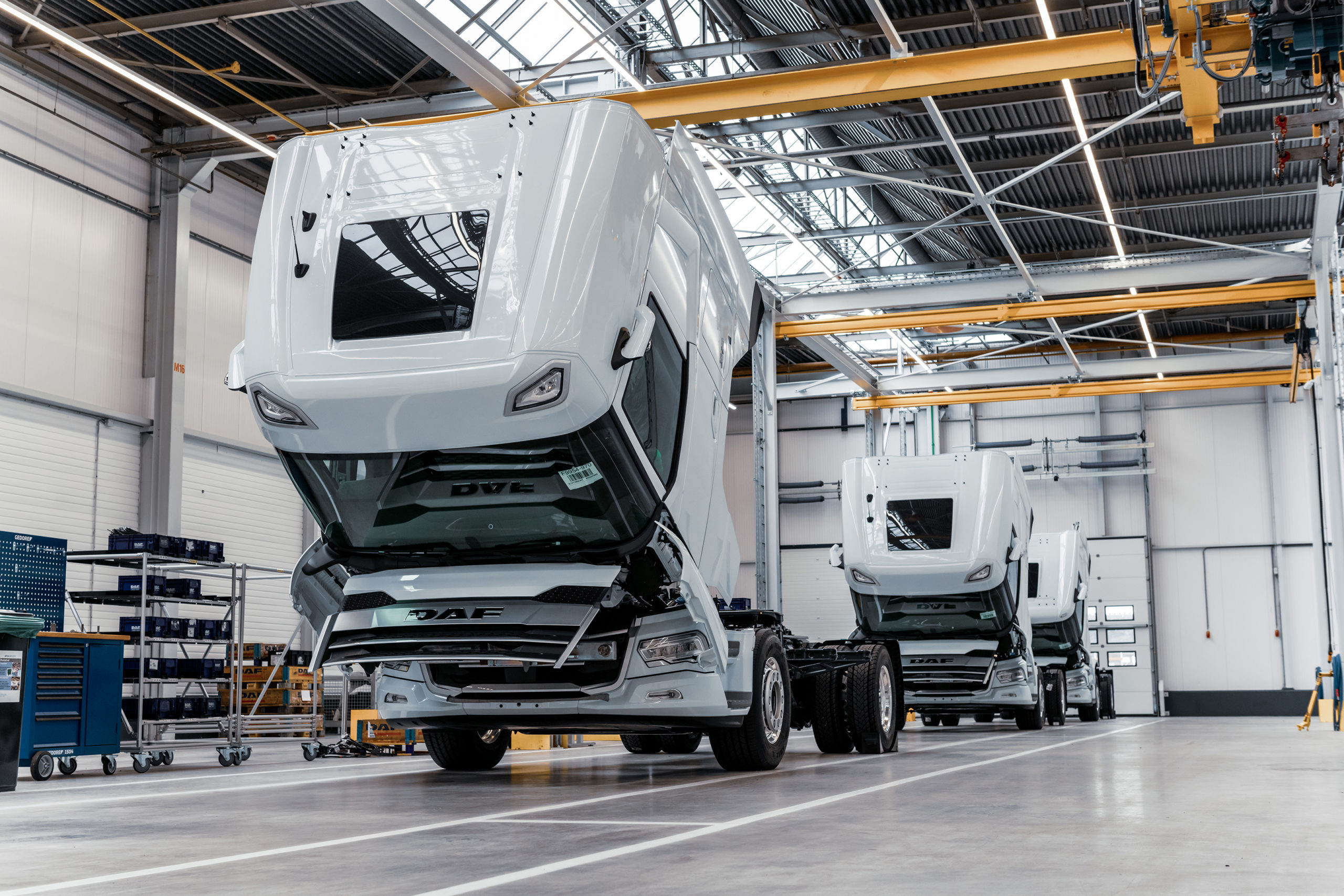 DAF has finished its Eindhoven compound’s new assembly line for electric trucks. The DAF XD and XF Electric presented at IAA 2022 will start rolling off the line this spring. Eventually, DAF hopes to produce several thousand electric trucks annually at the facility.

DAF started building the Electric Truck Assembly back in the summer of 2021. It doesn’t manufacture the new-gen electric trucks from scratch but rather assembles the electric drivetrain into so-called gliders, chassis-cab combinations without drivelines.

The new-gen electric trucks that will be assembled at the new Electric Truck Assembly are the XD and XD Electric, which were announced at the IAA Transportation in Hanover in September 2022. In addition, both 4×2 and 6×2 tractors and rigids will be built.

The DAF XD is the successor of the CF distribution truck and is available in both tractor and rigid versions, although the latter is more commonly seen on the road. The DAF XF New Gen was launched in 2021 and is often used as a tractor for heavy-duty or long-haul transport.

The largest battery pack reaches a range of over 500 km, according to DAF, while fast charging allows the packs to be recharged from 0 to 80% in 45 minutes. Slow overnight charging up to 22 kW AC is possible but only feasible for distribution trucks with the smallest capacity.