Only Lufthansa remains to bid for take-over ITA Airways 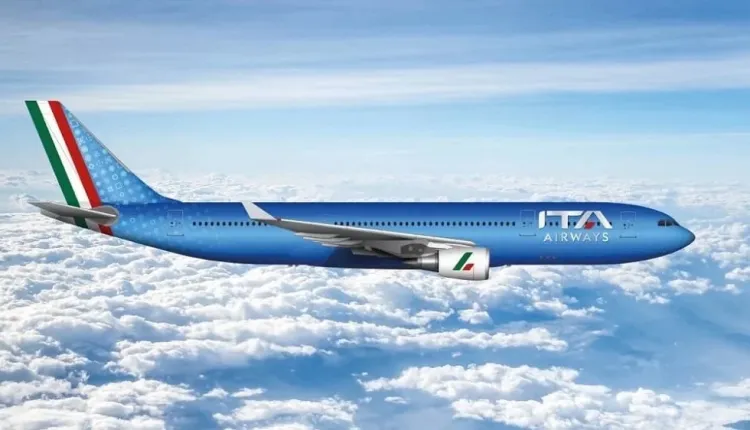 Lufthansa has just submitted a firm offer to require a minority share in ITA Airways, for Alitalia. Air France-KLM is abandoning its bid /ITA

German airline group Lufthansa is the only bidder to take a stake in Italian airline ITA Airways, the successor to Alitalia. This was announced by the Italian Ministry of Economy and Finance on Wednesday evening, after the deadline.

Earlier in the day, French-Dutch airline group Air France-KLM had announced that it would not submit a bid for ITA after all.

Exclusive negotiations between the Italian state and the airline group, which also includes companies such as Swiss, Austrian Airlines, and Eurowings, are due to be launched based on Lufthansa’s letter of intent.

Lufthansa wants to proceed according to a scenario like that of the Brussels Airlines takeover: a minority stake first, and the option to fully acquire the airline later. The group is not giving details on which stake it is initially targeting. But Italian media write that the stake would be 40%, valued at some 300 million euros.

Lufthansa chief Carsten Spohr has long been ogling the Italian market, “the most important market” for the group “outside the home countries and the United States”. The German group previously tried unsuccessfully twice to enter Alitalia, ITA’s predecessor, in 2009 and 2019.

Italy is popular for business travel and tourism because of its strong export-oriented economy, and it remains one of Europe’s top holiday destinations.

Company to be restructured

The Italian government agreed in February last year to privatize ITA Airways, which is currently still 100% state-owned. A sale of ITA, for Italia Trasporto Aereo, would put an end to a long period of uncertainty marked by jolts and tensions within the company, which took off in October 2021 and remains in search of profitability.

Over the years, the Italian state has had to spend more than 13 billion euros to try to get the national airline back on its feet. The Italian state is expected to retain a say in strategic decisions once Lufthansa acquires a minority stake in ITA.

At the end of August, the former government of Mario Draghi had selected the competing offer of the American investment fund Certares, associated with Air France-KLM and Delta Air Lines, for the opening of exclusive negotiations.

But in October, the new Minister of the Economy, Giancarlo Giorgetti of the far-right government of Giorgia Meloni, announced that the Italian state would not renew the exclusivity period, thus putting Lufthansa back on track. Mr. Giorgetti was skeptical of Air France-KLM, which would have been a mere commercial partner and not an industrial one.

An entry into the capital by Air France-KLM, which was already a 25% shareholder in Alitalia between 2009 and 2014, could not have exceeded 10%, as the company’s hands were tied by the conditions imposed by the European Commission in return for the public aid received to overcome the Covid-19 crisis.

Giant of the sky

Without a partner, ITA had little chance of survival in the face of stiff competition from low-cost carriers. Especially since ITA is thus struggling. At the end of last year, it had to receive an injection of 400 million euros of public funds to get through the winter.

The offer submitted by the German giant should now lead to the signing of a memorandum of understanding, followed by exclusive negotiations to finalize the purchase.

According to aviation experts, the ITA-Lufthansa deal may be the next step in European airline consolidation. The Portuguese government, for example, which owns Portugal’s national airline, TAP, has said it is considering an outright or partial sale of the business. Lufthansa, Air-France KLM, and British Airways owner IAG are potential buyers, Reuters writes.