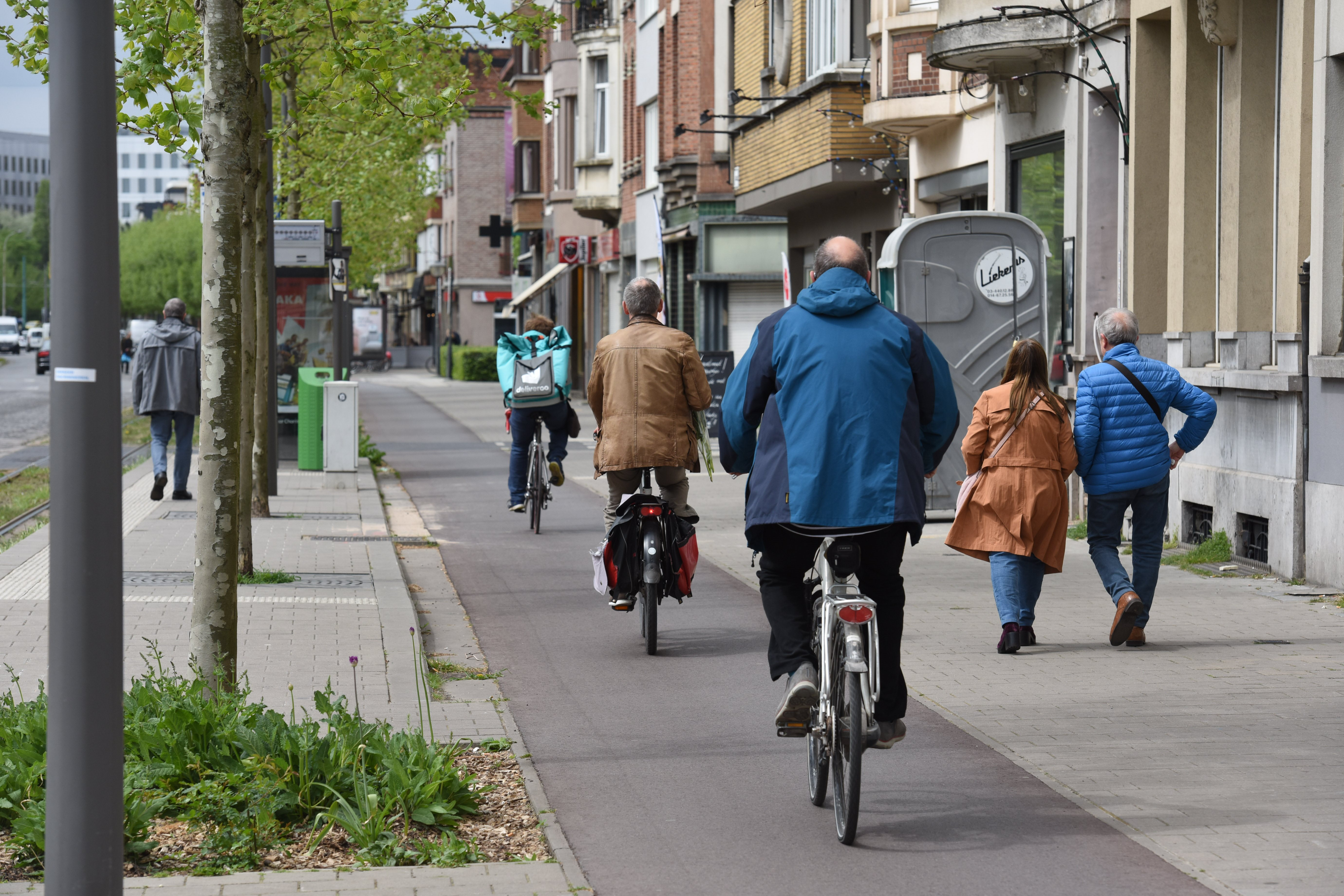 The Flemish nationalist and conservative political party N-VA wants a maximum speed of 30 km/hour for cyclists on the cycle path in built-up areas. So says Flemish MP Marius Meremans. Speed pedelecs would still be allowed to drive faster but on the roadway. However, Mobility Minister Lydia Peeters (Open Vld) does not think it is a good proposal.

According to Meremans, you increasingly see conflicts between users on cycle paths in Flemish villages and city centers due to significant speed differences: Schoolchildren quietly cycling to school, people with speed pedelecs who want to get to work quickly, cycle tourists, and so on.

This quickly increases the risk of accidents. However, clear rules could prevent those accidents. Therefore Meremans asks Mobility Minister Lydia Peeters (Open Vld) to discuss his proposal for a speed limit at the inter-ministerial conference to adjust the Highway Code if necessary.

“I don’t think it’s a good idea,” Lydia Peeters responded to the proposal. Indeed, according to the minister, a multitude of signs would be needed to indicate that there is a different speed limit for bikes than for cars. “Moreover, I must ask the police to flash at two speeds.”

The Flemish socialist party Vooruit was not in favor of the idea either. “It was N-VA who voted against our proposal for a general 30 kph zone in built-up areas for everyone,” said Annick Lambrecht. “Just putting the limit for cyclists at 30 km/hour now is not good enough, and that’s jumping to conclusions. The speed limit of different traffic users should be much as possible the same: 30 km/hour.”

To clarify: because 32 pedestrians died in built-up areas in Flanders last year – twice as many as in 2018 – last July, Vooruit asked that 30km/hour be made the norm.

However, the minister does not favor generalization but advocates local customization. “Local governments know their own territory and are best placed to determine what speed limits are acceptable and credible. But this in no way means that I remind blind to the issues. I have commissioned a zone 30 consideration framework in which we provide cities and municipalities with a framework to help them determine where a zone 30 is desirable and feasible.”

Vooruit has also advocated that speed pedelecs should be forced to ride on the street instead of the cycle track within built-up areas.