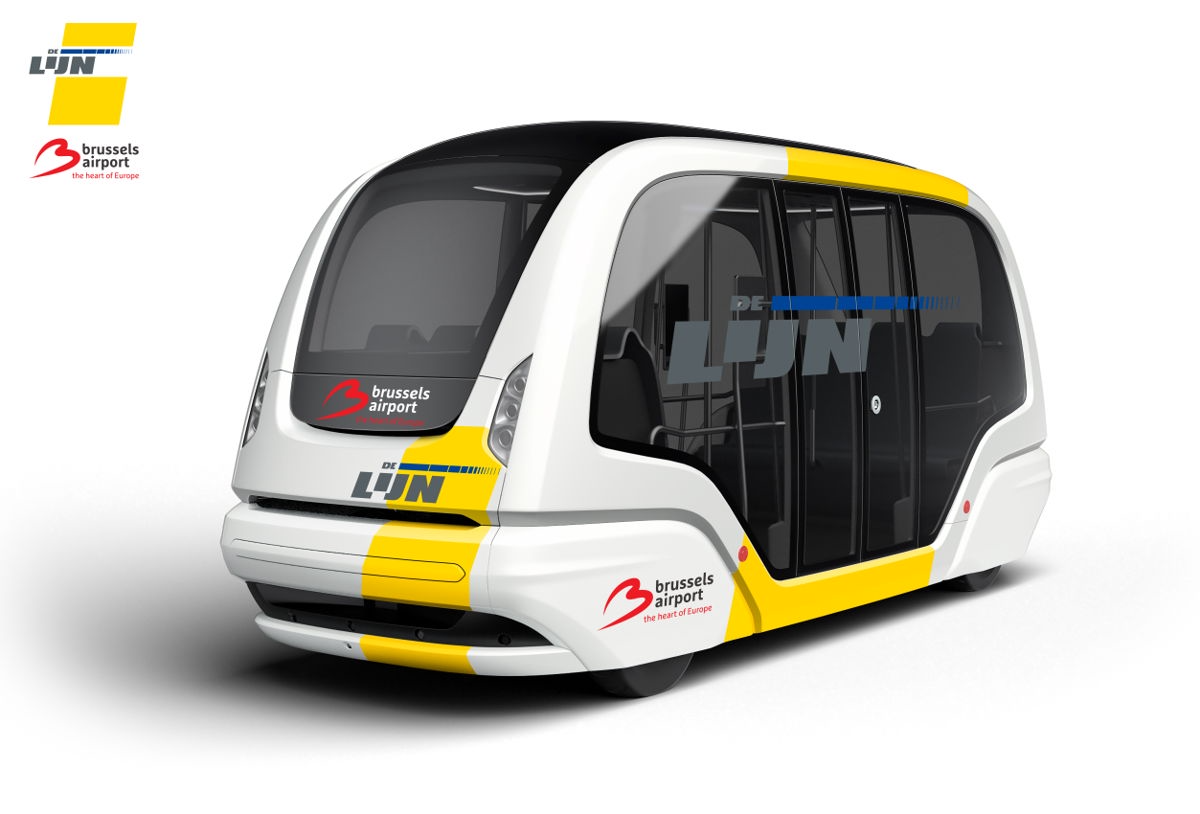 De Lijn is calling off its plan to run a fully self-driving shuttle bus at Brussels Airport. The development appears to be ‘too complex’ /De Lijn

The project to run a self-driving electric shuttle bus at Brussels Airport has been called off. Nearly eight years after initial plans, the development of such a bus is proving too complex.

The cancellation of the urban autonomous transport project in cooperation with about four Flemish cities is another setback for De Lijn in its ambition to roll out self-driving vehicles. The project’s test phase had a price tag of 1,5 to 2 million euros.

Plans for a self-driving bus at the airport date back to 2015. Back then, Brussels Airport and the Flemish public transport company De Lijn concluded an agreement in principle about it.

In April 2018, Dutch constructor 2GetThere was chosen to build the vehicle. A year later, a prototype of such a self-driving electric bus was even demonstrated at the airport on a closed stretch of a car parking, with a steward on board but no passengers.

The ambition was to launch a test phase in 2020 and effectively transport employees and passengers with the shuttle bus on the airport grounds from mid-2021. In addition, there was talk of a 5 to 6 km route between the passenger terminal and the cargo department Brucargo, among other traffic.

The plan was to use nine such shuttle buses, each good for eight seats and a maximum of 20 passengers, to offer a ride every four minutes. The vehicles would know their route thanks to magnets in the road, and they would scan the surrounding via sensors.

That timing was long overdue, and now the whole project has been called off. “The development is more complex than expected, which means that the delivery for a pilot project cannot be met according to the predetermined schedule,” says Nathalie Pierre, spokesperson for Brussels Airport.

Exactly how much the canceled project cost is not clear, but the project’s test phase had a price tag of 1,5 to 2 million euros.

At the end of 2020, De Lijn already put an end to a project on urban autonomous transport in cooperation with the cities of Genk, Leuven, Antwerp, and Mechelen, due to being “too complex and too expensive”.